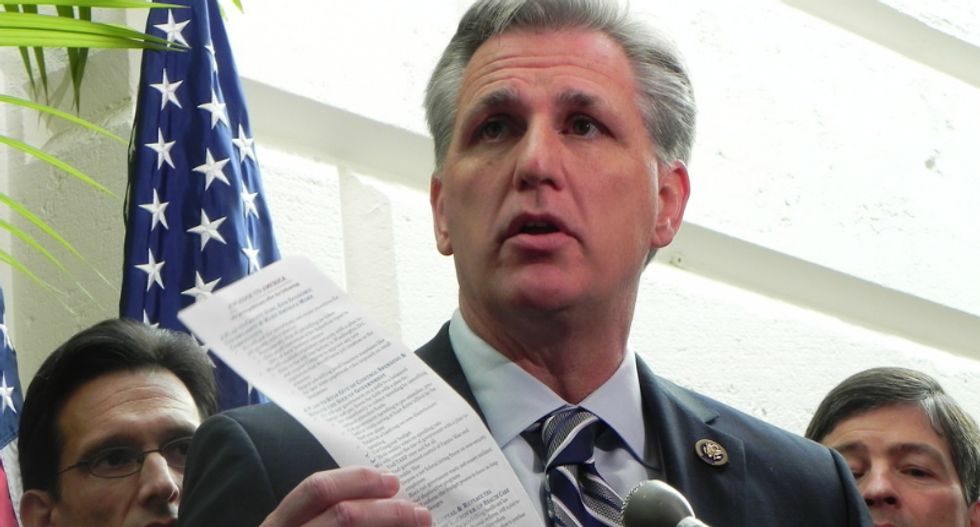 Representatives voted 210-206 -- with 187 Democrats and 19 Republicans against -- to rescind nearly $15 billion in unspent funding that had previously been approved, including $7 billion for CHIP, reported the New York Times.

Lawmakers had voted in January to reauthorize CHIP for another six years as part of a spending bill to reopen the government, after letting the program's funding lapse for 114 days.

The Congressional Budget Office insisted the canceled funding would not change what the government spends on CHIP or affect the number of children with coverage.

The bill approved by House Republicans would reduce actual spending by a total of $1.1 billion from 2018 to 2028, according to the CBO.

Congress approved $1.5 trillion in tax cuts in December, and then a $1.3 trillion spending plan in March, as annual deficits reach nearly $1 trillion.

The rescissions package, which would pull back almost $15 billion in unspent funding, was pushed by House Majority Whip Kevin McCarthy (R-CA), who is considered a leading contender as the next House Speaker.