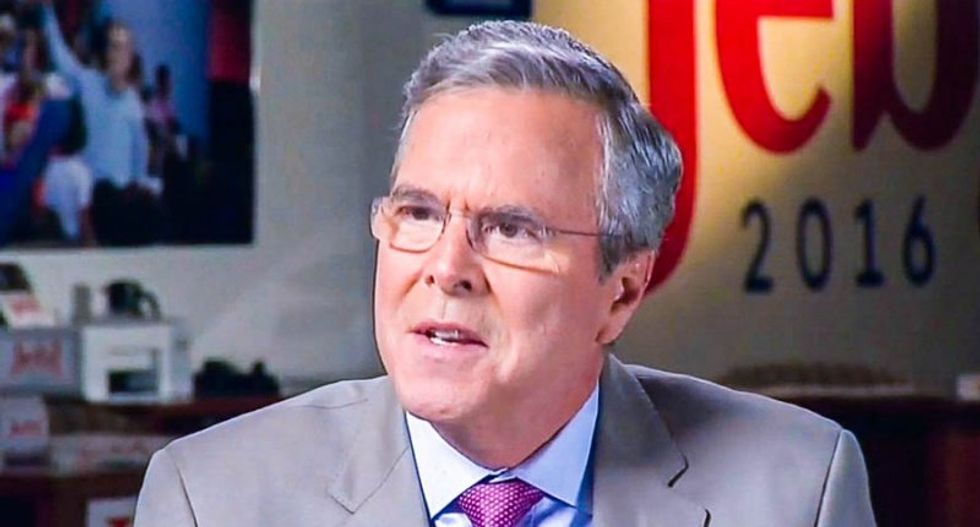 Trump's vanquished Republican primary rival responded Monday morning to a tweet by the president claiming that criminals exploited children to enter the U.S., and Bush slammed him for holding kids captive as leverage to get Congress to fund a border wall.

"Children shouldn’t be used as a negotiating tool," Bush tweeted. "@realDonaldTrump should end this heartless policy and Congress should get an immigration deal done that provides for asylum reform, border security and a path to citizenship for Dreamers."

Former first lady Laura Bush published a column Sunday in the Washington Post calling on Trump to end the policy.

"I live in a border state," she wrote. "I appreciate the need to enforce and protect our international boundaries, but this zero-tolerance policy is cruel. It is immoral. And it breaks my heart."