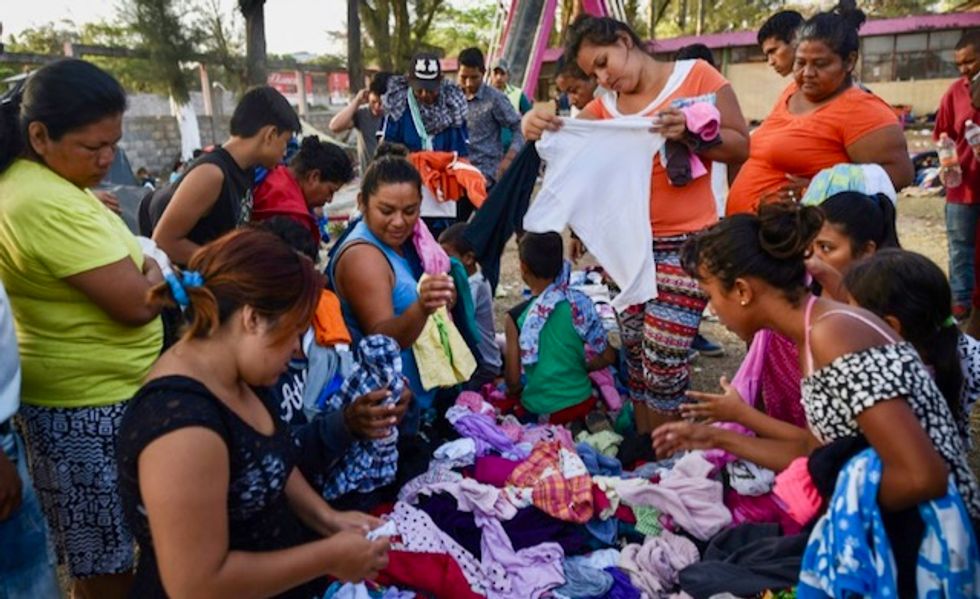 Central American migrants taking part in the "Migrant Via Crucis" caravan towards the United States chooses clothes from a donated pile as they camp at a sport complex in Matias Romero, Oaxaca AFP / VICTORIA RAZO

The Department of Justice is drafting a plan that would bar refugees from getting asylum if they came into the U.S. between ports of entry and were prosecuted for illegal entry, reported Vox.

The draft plan would codify an opinion written by Sessions this month intended to restrict asylum for victims of domestic and gang violence, and the proposed overhaul would eliminate the path that thousands of Central American refugees use each month to seek safe harbor in the U.S.

The overhauled policy would make it essentially impossible for victims of domestic and gang violence to qualify for asylum and would create a presumption against Central Americans who enter the U.S. after traveling through Mexico.

Many asylum seekers are unable to present themselves to Border Patrol agents at ports of entry.

Smugglers often keep them from those official ports of entry, and refugees who do cross the border there are sometimes forced to wait for days or weeks, and often they are required to stay in immigration detention until their case is complete.

"If adopted, the regulation, combined with the zero tolerance initiative, would allow the administration to set up assembly-line justice for asylum seekers," Vox reported, "including families, entering the US. People who entered between official ports would be held by the Department of Homeland Security, prosecuted for illegal entry, convicted, then have their asylum applications denied and get deported."

The website obtained a copy of the draft regulation, which has not been published in the Federal Register or entered a 90-day period for public comment.