Judge explodes over missing children: 'They take your kids and you get nothing? Not even a slip of paper?' 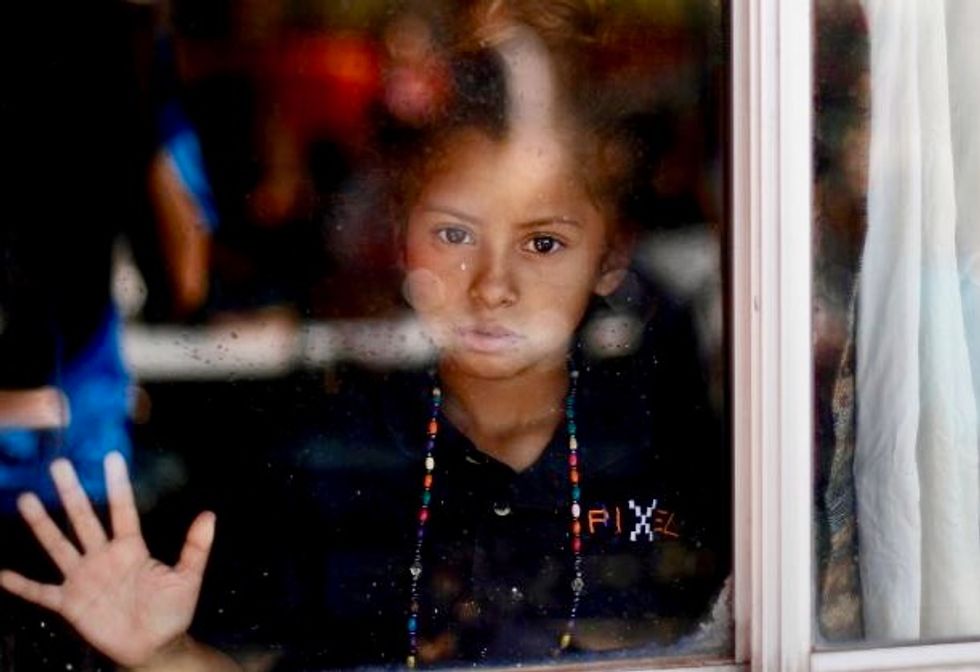 A Central American migrant, moving in a caravan through Mexico and traveling to request asylum in U.S, looks on as she makes a stop during her travels to Tijuana, at a shelter in San Luis Rio Colorado, in Sonora state, Mexico April 25, 2018. REUTERS/Edgard Garrido

A public defender who handles immigration cases said the government has no answers for parents separated from their children at the border -- and no apparent intention of ever reuniting those shattered families.

Erik Hanshew, an assistant federal public defender in El Paso, Texas, published a column in the Washington Post describing the nightmarish process parents must go through to find their children.

"The client meetings have been crushing," Hanshew wrote. "One man sobs, asking how his small child could defend himself in a detention facility. One cries so uncontrollably, he is hardly able to speak. Question after crying question piles up from one client to the next."

The attorney described how one man wept as he admitted he was unable to read or write, or even spell his missing son's name.

"This administration appears to have no infrastructure, policy or plan in place to deal with the destruction of families seeking refuge or a new life in our country," Hanshew wrote.

Immigration agents have no more answers for terrified parents or judges than the government has for lawmakers and reporters about these detained children, the attorney said.

"You would never know from the agent’s testimony that we’re dealing with a parent who has been separated from a child," Hanshew wrote. "That is not mentioned in the complaint. The prosecutor asks no questions about the child. At no point do they discuss the child. The child might as well not exist."

One agent told Hanshew during a cross-examination she was the lead investigator in his client's case, but admitted she hadn't known the man was arrested with his 4-year-old daughter and added that she had no information in her report about the missing child.

"At another hearing before a different judge, as one of my colleagues asked the agent on the stand about the whereabouts of my client’s child, the prosecutor objected to the relevance of the questions," Hanshew wrote. "The judge turned on the prosecutor, demanding to know why this wasn’t relevant."

The judge eventually had enough of the agent's evasions and the prosecutor's disinterest in reuniting the parent and child.

"At one point, (the judge) slammed his hand on the desk, sending a pen flying," Hanshew wrote. "This type of emotional display is unheard of in federal court. I can’t understand this, the judge said. If someone at the jail takes your wallet, they give you a receipt. They take your kids, and you get nothing? Not even a slip of paper?"