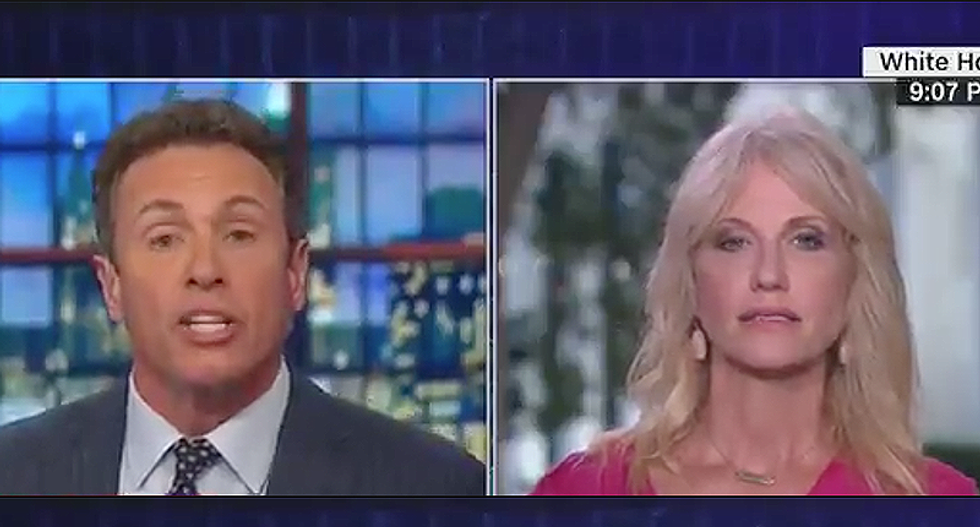 Children are currently being ripped apart from their parents at the Southwest border. An audio file was secretly recorded and released to the media that reveals children crying out for their parents. During an interview with CNN's Chris Cuomo, Conway said that the administration was simply enforcing the law.

"The law did not change, you know that, Kellyanne," Cuomo responded when Conway tried to claim Cuomo didn't care about migrants under the Obama administration.

"Is there a question in here?" Conway asked as Cuomo raked her over the coals.

Cuomo also asked Conway why she doesn't tell the president the truth about the policies.

Conway claimed that Trump is visiting Congress tomorrow. "Let's see who shows up," she said.

Trump has maintained that the two parties must come together to support legislation, however, Democrats and Republicans have already agreed on bills. Trump refused to support it because the bills wouldn't fully fund his $50 billion border wall.

As a fact check, the laws have not changed, but the policy has. Attorney General Jeff Sessions announced a no-tolerance policy for migrants crossing the border. That resulted in turning a misdemeanor violation akin to a traffic citation into being detained, arrested and having children taken away.

During the Obama administration, Secretary Jeh Johnson actually came under fire for trying to keep families together. The courts said it violated the law.