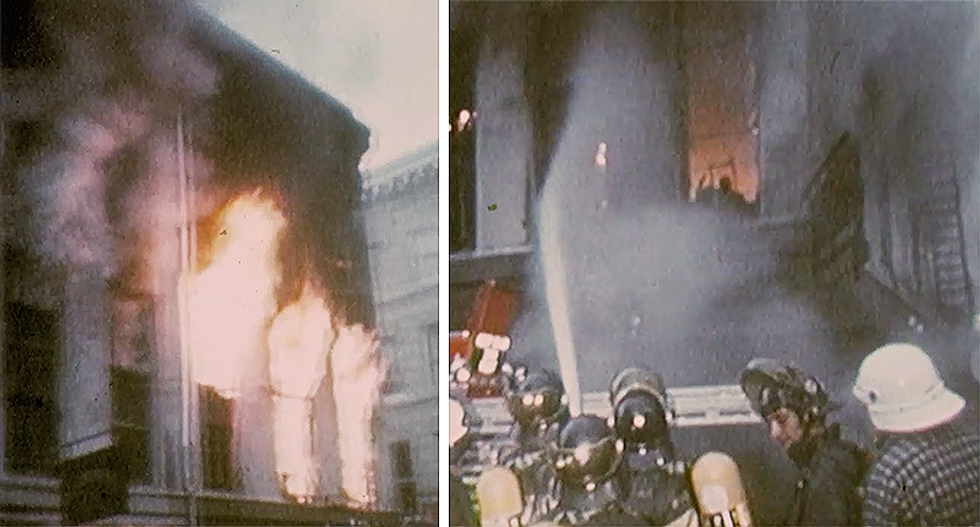 As those in the LGBTQ community celebrate National Pride Month stories of heroes mix with horrors. Stories like the Stonewall protests, the assassination of Harvey Milk, the brutal beating and death of Matthew Shepard and now the Pulse Nightclub shooting are all stories that have become well-known examples of hate. However, few know of the arson at a New Orleans gay bar 45 years ago this week that killed 32 people and injured many more.

Robert W. Fieseler’s recently published book Tinderbox: The Untold Story of the UpStairs Lounge Fire and the Rise of Gay Liberation prompted ABC News to find some of the survivors, first responders and relatives of those who didn't make it to safety in 1973.

The UpStairs Lounge was a safe place for many closeted LGBTQ people, like Duane Mitchell's father, who dropped his sons off at the movies before heading over to have a drink with his secret lover. Mitchell never saw him again.

“Everybody’s so outraged about it now,” Mitchell said. “Where were they then? Nobody wanted to talk about it. It was like my dad and all those other people never existed.”

Buddy Rasmussen was a popular bartender who led those in the bar to safety. He was celebrated as a hero but a friend said that he was overwhelmed with guilt because he wasn't able to get everyone out.

“I remember visiting with him somewhere,” Fieseler's book quotes Rasmussen's friend Steven Duplantis. “And him just about breaking down and saying, ‘There’s so much more I coulda done, half my fault.’”

A local pastor of a gay-friendly church, that would hold meetings on Sundays in the bar, tried to escape. Instead, his "charred corpse" was left hanging from the second-floor window.

“That's the fact, that Bill Larson's body ... tragically hanging out of the window served as a metaphor to remind the gay community, ‘Hey, you better not make waves. We're gonna leave you hanging, too,’" said local historian Frank Perez.

Marilyn LeBlanc-Downey never knew what happened to her brother, a World War II veteran who disappeared on that night. She didn't know what happened to him until 2015, but ever since, she's worked to recover his remains. ABC News demanded answers from local officials and lawmakers and eventually found a cemetery on the outskirts of New Orleans called Resthaven. It was paid by the city to bury indigent and unclaimed bodies.

They were told in Panel Q, Lot 32, Marilyn's brother Skip was buried. The only problem is that the cemetery was hit hard by Hurricane Katrina and no one knows where Panel Q, Lot 32 is. A local lawmaker has heard of a former employee who knew each panel and lot by a number of paces from one tree to another. That person has not come forward.

Republican Rep. Clay Higgins has taken up the case trying to recover LeBlanc's remains, saying he wants to get the "veteran home."

Clayton Delery-Edwards's book The Up Stairs Lounge Arson: Thirty-Two Deaths in a New Orleans Gay Bar said that the only suspect was local hustler Rodger Dale Nunez, who'd been thrown out of the bar earlier and a witness said that they saw the man in and around the bar 10-20 minutes prior to the fire. When police tried to question him after, he was hospitalized with a broken jaw and couldn't speak. They ultimately dismissed the witness' accounts. He had been diagnosed with "conversion hysteria"

The person who set the fire was never found and in 1980 the fire marshal closed the case.

Watch the ABC News documentary on the journey to recognize the victims of the attack in the video below: