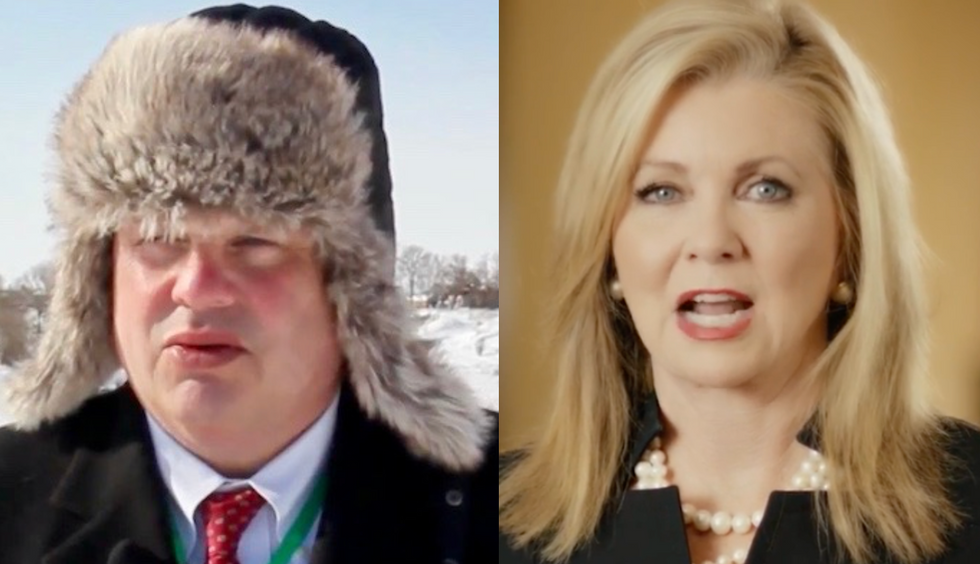 Over the last few months, reports have started digging into the ties between Russia and the NRA which go back about a decade and appear to be closer than previously understood.

Now, The Tennessean has identified a man who appears to be a key link between Putin's regime, the NRA and Marsha Blackburn, a ultra-Conservative U.S. Rep running for Senate in Tennessee.

The man's name is Kline Preston and he works as a lawyer in a tony Nashville suburb. He has also been an "election observer" for Russia, dispatched to polling stations to claim Putin's elections aren't rigged, and introduced the NRA's president to a top Russian money launderer who was formerly in the Russian parliament.

He also has close ties to U.S. Rep. Marsha Blackburn, who is running for Senate and recently got support from Trump in the form of a rally. He is her former finance chair and worked as a lawyer for Blackburn as she battled charges of campaign finance violations. His wife also worked for her campaign in a paid position.

Preston, like President Trump, insists that the investigation into how Russia interfered in the 2016 campaign is "a witch hunt."

Following Trump's win, he tweeted this in Russian: "Donald Trump has won and now the relationship between Russia and America will be great!! Goodbye Witch Hillary!!"