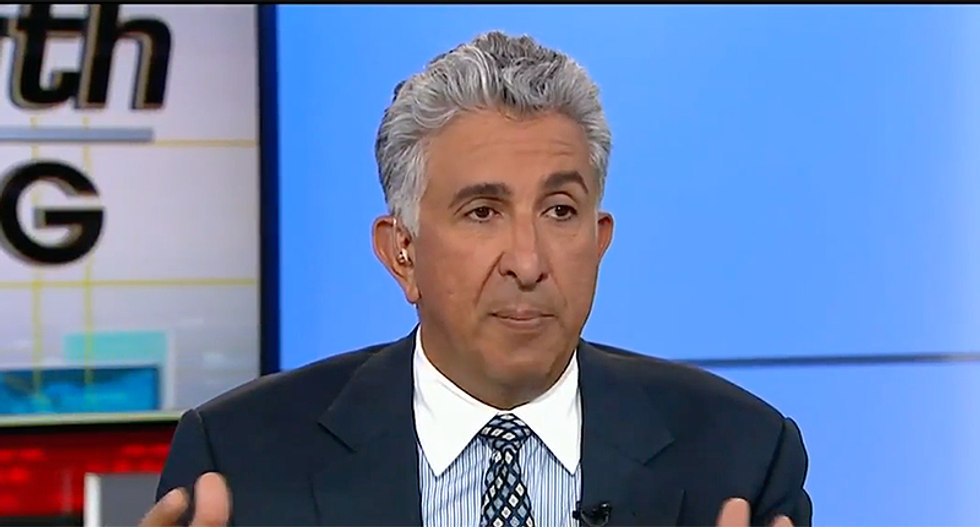 Fox News host Shep Smith is still out, but in his place, Trace Gallagher welcomed a legal expert, who warned that the executive order the president signed Wednesday will blow up before the week's end.

The so-called "no tolerance" policy meant that parents that broke the misdemeanor law had their children taken away and put in baby jails. Former Justice Department assistant chief deputy Ron Bamieh tried to claim that the children would really only be in the Trump camps for 20 days

"The executive order says we know we’re not complying with the law," Bamieh said. "We’re going to ask the judge to make the law. Somebody is at the pleasure of Judge [Dolly] Gee's, she’s going to say, 'No, this isn’t my problem.' This is your problem, this is the government’s problem. This administration has a zero tolerance policy, this Congress, this Senate hasn’t passed any meaningful legislation in immigration. This is your problem. You fix it. You’re not going to hold kids more than 20 days.'"

What happens then is complicated. Somehow Homeland Security has to unite the children with their parents or a relative. If they can't it's not clear what will happen.

"The pathway is not small. It’s appears listening to everybody speaking here that comes forward to talk about their position on the immigration bill or proposed bills. What the next step would be then is somebody has to take the next step deciding what is more unpalatable to us. To deal with the fact of the kids in detention or whether adjudicate them."

He is encouraged that the government can do it.

"America has proven, when there’s the will, there’s the resources. When we’ve had problems we put resources behind it to source problems," he said. "You’d be surprised what an incentive could do. I think this executive order was a stall tactic. Supposed to last a week or two. I don’t think it will make it to the weekend. Before they get before the judge, it’s over."

The courts will likely overturn the order, saying that you cannot hold children indefinitely.