'Let me talk or you won't have a show': Fox News panel explodes in screaming match over Trump's immigration blunders 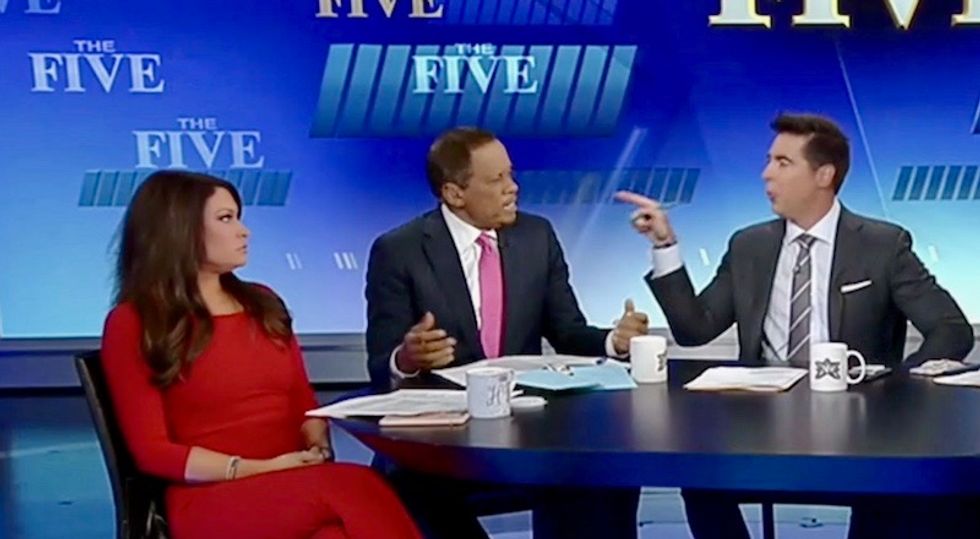 A debate about Trump's handling of immigration on Fox News' The Five went off the rails on Thursday night as Juan Williams, Greg Gutfeld and Jesse Watters engaged in a screaming match.

"Contrary to what I'm hearing here, the president likes the idea of saying 'This is the Democrats fault.' Remember the president said 'This is the law, I can't do anything about it, it's up to the Congress.' Then he turns tail and signs an executive order and, guess what, undoes it," Williams said.

Williams was interrupted by Watters, who talked over him and excused Trump's lies.

"You know how soft executive orders are," Watters said. "Everything Obama did was an executive order and then Trump just got rid of them, that's why you have Congress take care of immigration."

"OK, here we go. If you don't let me talk then I guess you won't have a show," Williams said. "You have the president who said 'Oh I can't do anything about it' and then he's the one who literally changes course and has to do it. He's back to trying to demonize not only Democrats but the immigrants again...Does anyone ever say, 'Hey, Mr. President, stop lying?'"

"Ohhhh gawd," Williams groaned. "You're the one who likes to say, 'Don't take Trump's words so seriously!'"

"It's so absurd!" said Williams.

foxscreaming2 from Martin Cizmar on Vimeo.