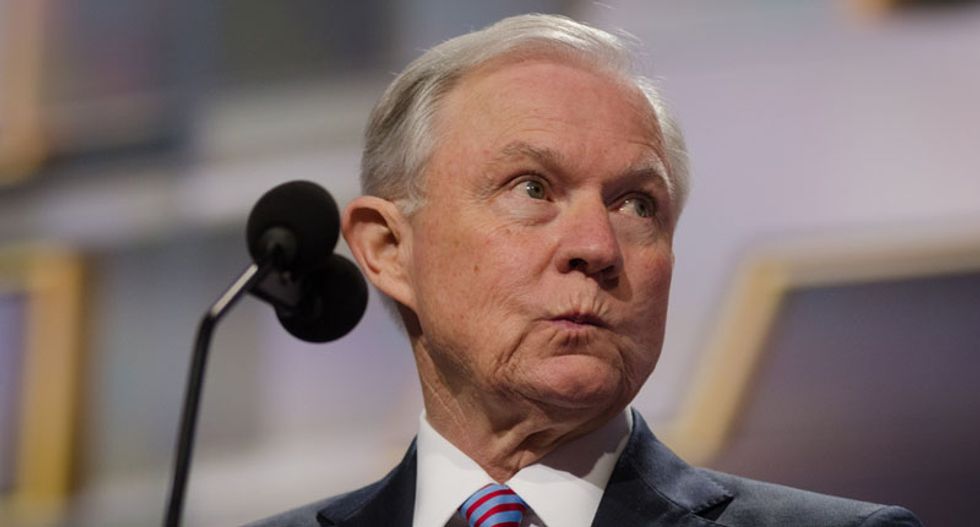 A pro-Trump radio host held Attorney General Jeff Sessions' feet to the fire during an interview largely focused on the Justice Department's controversial decision to separate undocumented parents and children when caught at the U.S. border.

In the interview published Tuesday, conservative radio personality Hugh Hewitt repeatedly asked the attorney general to justify the newly-enacted policy — and Sessions continuously punted the responsibility onto the Department of Health and Human Services.

"Is it absolutely necessary," Hewitt asked Sessions at the beginning of the interview, "to separate parents from children when they are detained or apprehended at the border?"

Sessions responded with a "yes," claiming that parents bringing their children along is an "offense" and that children seized under the policy are "being well taken care of" and "properly cared for" by HHS — ignoring new reports revealing the department lost track of nearly 1500 migrant children in recent years.

The host pressed on, explaining to the AG that he's "disturbed" by the policy because "it’s traumatic and terribly difficult on the child" to be separated from their parents. He again asked Sessions if it's "absolutely necessary" to enact the policy, and went on to suggest a hybrid facility structure that would allow families to remain intact. Sessions nominally agreed, but repeated that Homeland Security is legally required to keep children in different facilities than adults.

"I had the deputy secretary of HHS on last week, and he explained to me how the 10,000 children in the care of the United States are cared for at more than 100-plus facilities," Hewitt noted. "Have you, Mr. Attorney General, visited any of those facilities?"

"I have not visited them," Sessions replied. "Those are within the ambit of the Homeland Security and the Health and Human Services. But I believe for the most part they’re well taken care of. They turn, but I’ve got to tell you, we have some problems like we don’t often know who it is that comes and picks them up."

Later in the interview, the host took a turn and asked the attorney general if he's a grandfather.

"Can you imagine your grandchildren separated from your children for a period of 72 hours or even longer in a dormitory with up to, the deputy secretary told me, 1,000 other children and the impact on them of that?" Hewitt asked.

"But we’re the United States of—" Hewitt began, but the attorney general cut him off.

After asking if President Trump would consider an order calling for the creation of facilities intended to keep families intact and reiterating that he believes in "zero tolerance for people who aren’t asylum seekers or refugees," Hewitt told Sessions exactly how he felt about the policy.

"We can afford this," the host concluded, "and it’s so inhuman to take children away from their parents."