'Maybe we can finally get an interview’: CNN anchors erupt in laughter mocking Trump taking prank call from comedian 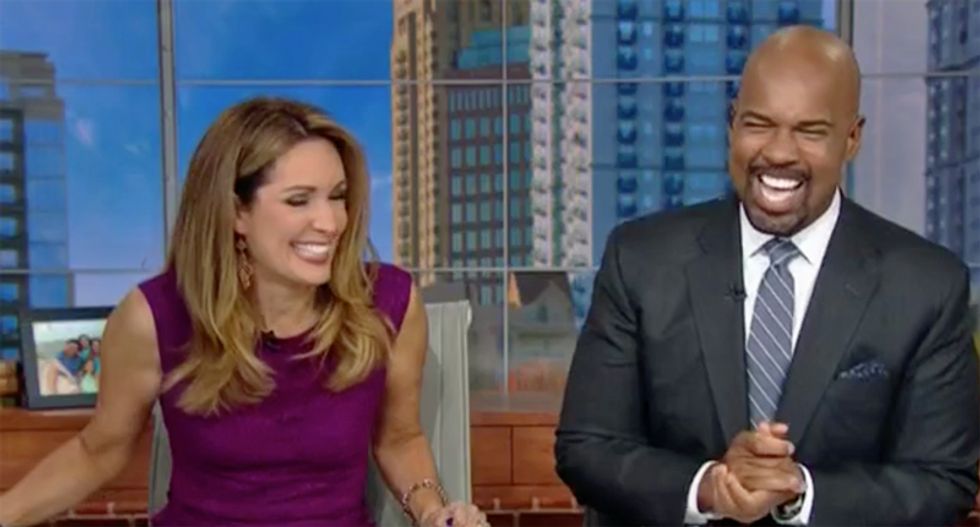 CNN Newsroom anchors Christi Paul and Victor Blackwell erupted in laughter on Saturday while reporting on the latest competency scandal to dog the White House.

The segment almost guaranteed hilarity when Paul introduced it by saying, "I'm not making this one up here."

"This started as a prank call for a comedian's podcast, it took less than two hours for him to get a call back from Air Force One," she noted.

"So follow us here, comedian John Melendez pretended to be Sen. Robert Menendez (D-NJ) and spoke to President Trump about immigration and the Supreme Court -- without the president realizing this was all a joke," Blackwell explained.

After playing a clip from an audio recording of the conversation, CNN senior media correspondent Brian Stelter was brought on analyze how such a call could occur. But Stelter began his time on the segment by dropping his head into his hands and admitting, "I don't know what to say."

"I think that pretty much says it all," Paul remarked, imitating Stelter's motion of putting his head in his hands.

"It makes me want to call the White House, maybe we can finally get an interview with the president," Stelter joked.

"I think this entire story has been an embarrassing for the White House and there's been an acknowledgement of that -- only in private," Stelter noted. "The White House is not denying that this call happened."

How it could happen, however, has not been fully explained.

Politico correspondent Annie Karni believes she tracked down the source of the mistake.

When the White House office of legislative affairs was notified of the call, they verified the authenticity by checking with Sen. Mendendez's chief of staff, who revealed that the person calling was not the New Jersey senator.

The legislative affairs office concluded to "kill the call" after verifying that it was not Menendez.

However, the prankster's call was reportedly patched through anyway, at the direction of White House senior advisor Jared Kushner.

Following the call, the comedian said he was visited by the Secret Service and claims he is now on "the lam."