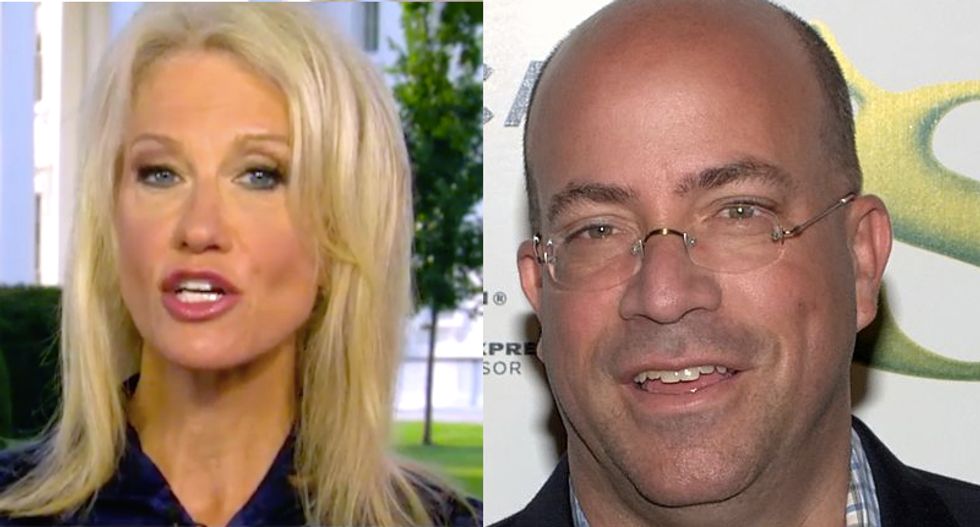 In an interview with New York Magazine, comedian Michelle Wolf said she has no regrets about the controversy she is accused of creating at the White Correspondents' Dinner back in April, saying what she saw backstage was much more appalling than anything she said.

In an excerpt from the interview -- captured by the Vulture -- the comedian said that the press and politicians are in bed together, putting on an adversarial show for money and ratings, and treating conflicts as a game.

“It was gross! Like, I saw Jeff Zucker hugging Kellyanne Conway, and it was just like, 'Oh! You’re all in this together! People are really getting hurt, and you guys are just celebrating your money,'" Wolf explained.

Wolf then slammed the symbiotic relationship between the press and the pols.

"It’s all a game, nothing more than ‘How will we best profit off of this?’" she explained. "It was icky.”

Wolf also made the point that her material about Sanders was specifically written to draw talk about appearances, but the media twisted themselves to make it about woman bashing.

“Before we started writing, we made a conscious decision to not make fun of any woman’s looks,” Wolf remarked, “because then that’s all anyone will hear. So we didn’t do it, and then it was like, 'Oh, it’s all about the looks,' but it wasn’t! It was about abilities! But I guess as soon as you’re making a joke about women, it’s heard as a joke about her looks."

You can read more from the interview here.