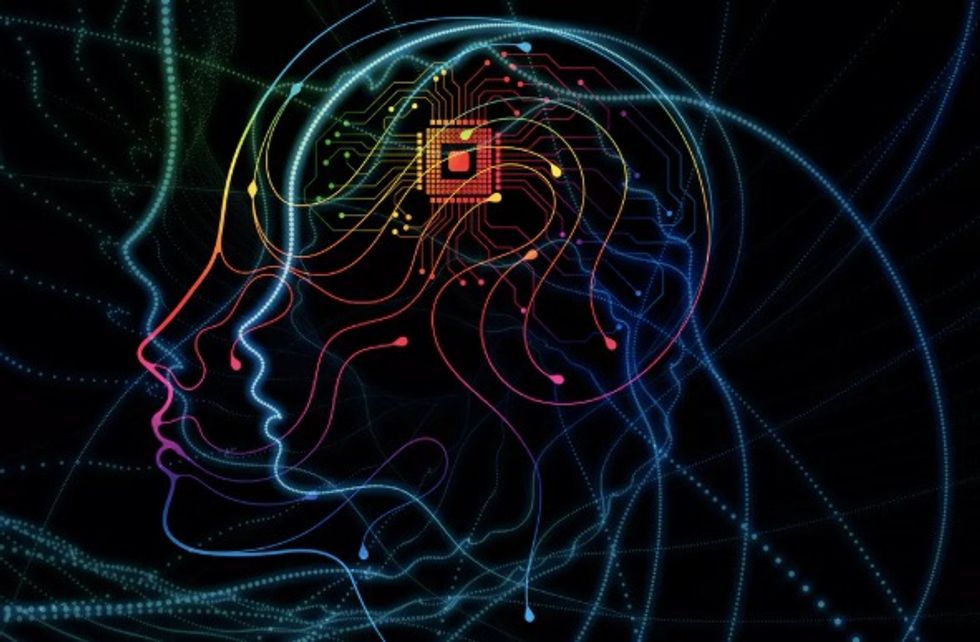 It seems that psychedelics do more than simply alter perception. According to the latest research from my colleagues and me, they change the structures of neurons themselves.

My research group has been studying the effects of psychedelics on neuronal structure and function, and we found that these compounds cause neurons to grow. A lot. Many of these compounds are well-known and include lysergic acid diethylamide (LSD), psilocin (from magic mushrooms), N,N-dimethyltryptamine (DMT, from ayahuasca) and 3,4-methylenedioxymethamphetamine (MDMA, aka ecstasy).

These are among the most powerful drugs known to affect brain function, and our research shows that they can alter the structure of the brain as well. Changes in neuronal structure are important because they can impact how the brain is wired, and consequently, how we feel, think and behave.

Prior to our study, there were relatively few compounds known to have such drastic and rapid effects on neuronal structure. One of those compounds was ketamine – a dissociative anesthetic and quite possibly the best fast-acting antidepressant that we have available to us at the moment.

If you think of a neuron like a tree, then its dendrites would be the large branches, and its dendritic spines – which receive signals from other neurons – would be the small branches. Some of these small branches might have leaves, or synapses in the case of a neuron. In fact, neuroscientists often use terms like “arbor” and “pruning” much like a horticulturist would. When we grew neurons in a dish – which is not unlike growing a plant in a pot – and fed them psychedelic compounds, the neurons sprouted more dendritic branches, grew more dendritic spines, and formed more connections with neighboring neurons.

The rainbow-colored neuron was treated with LSD, while the purple neuron was the control. LSD altered the structure of the neuron, allowing it to grow more branches and develop a more complex structure.

Thanks to studies on ketamine, slow-acting antidepressants and chronic stress models of depression, scientists now know that depression is not simply the result of a “chemical imbalance,” as pharmaceutical companies like to suggest. It is far more complicated and involves structural changes in key neural circuits that regulate emotion, anxiety, memory and reward.

One of the hallmarks of depression is the atrophy of neurons in the prefrontal cortex – a region of the brain that controls anxiety and regulates mood among other things. Basically, these branches and spines shrivel up, disconnecting from other neurons in the brain. One hypothesis for why ketamine is so effective is because it can rapidly regrow the arbors and spines of these critical neurons.

Like ketamine, psychedelics have shown promise in the clinic for treating neuropsychiatric diseases. The DMT-containing herbal tea known as ayahuasca produces fast-acting antidepressant effects within a day, psilocybin eases the anxiety of terminally ill cancer patients and MDMA can reduce fear in those suffering from post-traumatic stress disorder (PTSD). Our recent papers suggest the intriguing possibility that psychedelic compounds and ketamine might share a common therapeutic mechanism.

Our group has coined the term “psychoplastogen” to refer to such compounds, and we believe that these molecules may hold the key to treating a wide variety of brain diseases.

Our studies on neurons grown in dishes, as well as experiments performed using fruit flies and rodents, have demonstrated that several psychoplastogens, including psychedelics and ketamine, encourage neurons to grow more branches and spines. It seems that all of these compounds work by activating mTOR – a key protein involved in cell growth.

The biochemical machinery that regulates mTOR activity is intricate. As we tease apart how psychedelics and other psychoplastogens turn on mTOR signaling, we might be able to engineer compounds that only produce the therapeutic effects on neuronal growth while bypassing pathways that lead to undesired hallucinations.

This figure shows the effects of three psychedelics and one control (VEH) on cortical neurons. These neurons were treated for 24 hours before being visualized using super-resolution microscopy. The colors represent proteins found in specific locations of the neuron. Orange protrusions from the purple dendrite indicate dendritic spines.

The field has known for some time now that psychedelics can produce lasting positive effects on brain function, and it’s possible that these long-lasting changes result from the psychoplastogenic effects of these drugs. If true, this would suggest that psychoplastogens might be used to repair circuits that are damaged in mood and anxiety disorders.

Many diseases, such as depression and anxiety disorders, are characterized by atrophy of dendritic branches and spines. Therefore, compounds capable of rapidly promoting dendritic growth, like psychedelics, have broad therapeutic potential. The number of papers demonstrating that psychedelics can produce therapeutic effects continues to grow every year.

However, we should temper our enthusiasm because we do not yet know all of the risks associated with using these drugs. For example, it’s possible that promoting neuronal growth during development could have negative consequences by interfering with the normal processes by which neural circuits are refined. We just don’t know, yet.

Similarly, it is unclear what effects psychoplastogens will have on the aging brain. It’s important to keep in mind that excessive mTOR activation is also associated with a number of diseases including autism spectrum disorder (ASD) and Alzheimer’s disease.

To me, it’s obvious that we need to understand how these powerful compounds affect the brain, in both positive and negative ways, if we hope to fully comprehend the fundamental laws governing how the nervous system works and how to fix it when it doesn’t.