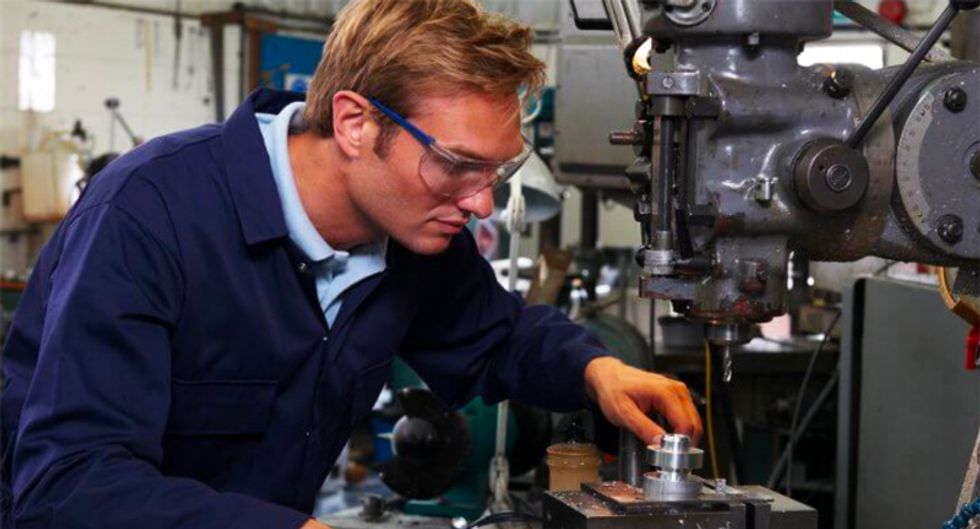 A spokesperson for a Missouri manufacturer of nails says President Donald Trump's tariff on steel has cut orders by over 50 percent and may result in the business being shut down, putting close to 500 employees out of work.

According to MissouriNet, Mid Continent Nail Corporation in Poplar Bluff, which is the last major nail producer in the U.S. -- has already laid off 60 temp workers and is making plans to lay off 200 permanent employees by the end on July in order to stay afloat. Should the business stay in a death spiral company officials warn they could close by Labor Day.

The report notes that Mid Continent is one of the largest employers in Butler County and eliminating the remaining 440 jobs, which pay an average of $12.50 an hour, would devastate one of the poorest counties in the state.

At issue is the fact that Mid Continent is owned by Mexico-based Deacero, which has been hit hard by a 25 percent tariff for importing steel to its own employees to turn into nails.

“Something would have to happen very fast, within days in order for us to know that things were going to improve. We’re hoping that this could get pushed through very quickly,” company spokesperson Elizabeth Heaton explained.

“There are only about 15 of these companies left and Mid Continent produces about 50% of the nails out of those 15," she added."If you could imagine, if it were to go out of business and that is of course worse case scenario, we want to do everything that we can to make sure that does not happen, that would be a huge blow to that segment of the industry. It’s a big deal, not just for Missouri and for the economy there, but for the whole industry.”

According to the spokesperson, company executives are seeking an audience with Commerce Secretary Wilbur Ross to plead their case.