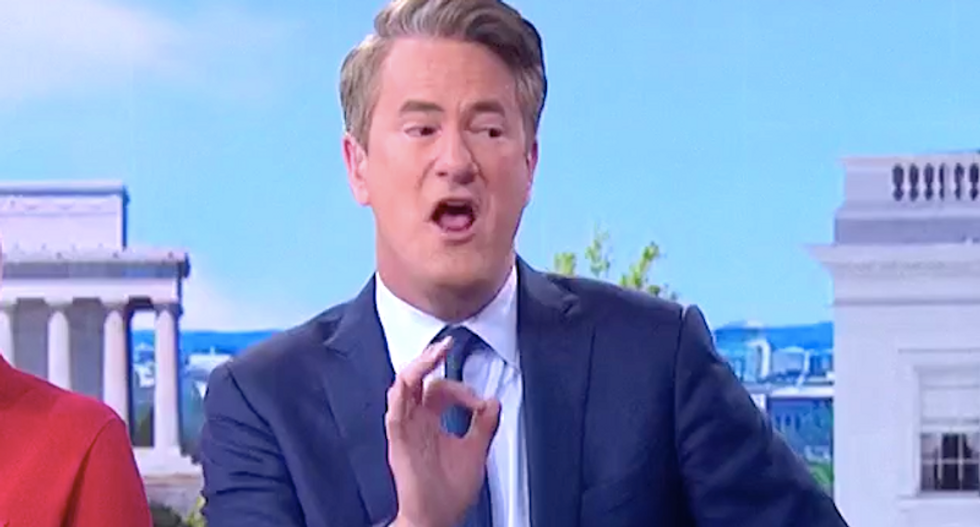 The "Morning Joe" host said the U.S. economy had grown since the so-called "American century" began at the end of World War II, but he said the president's policies were undoing those gains.

"I don't even know what that means, but I think it works," Scarborough added. "This guy is going to change all of that. Yes, we've had more unprecedented economic growth than any country in the history of this planet, but I'm just going to change things because I feel like it."

"No, it's worse than that," co-host Mika Brzezinski added.