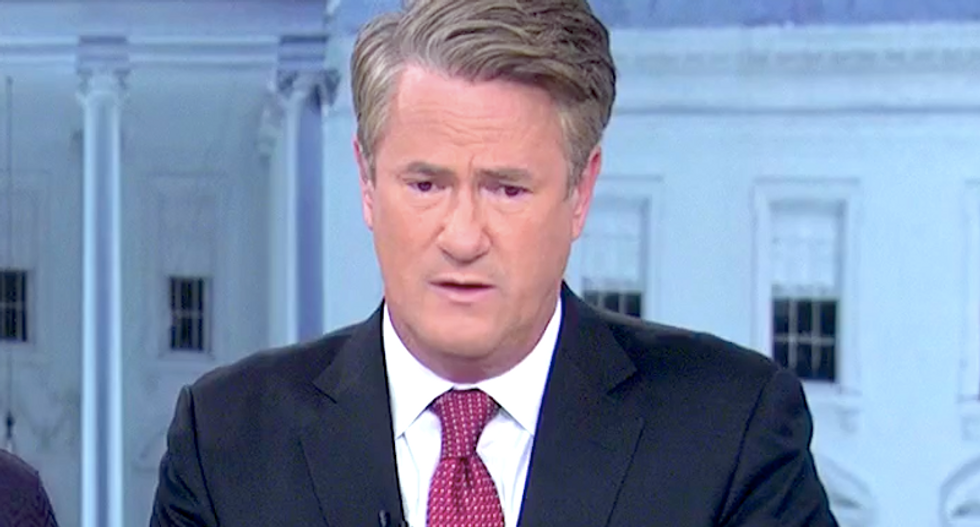 Panelists on MSNBC's "Morning Joe" pounded Republican lawmakers for their scenery-chewing antics over the Justice Department's Russia investigation, as immigrant children separated from their parents are expected to represent themselves in court.

Children as young as 3 years old are being ordered into court for their own deportation proceedings, according to attorneys, after the Trump administration ordered the separation and detention of families crossing the U.S.-Mexico border.

"We had one 3-year-old climbing up on the table at his own deportation hearing, there, alone," said co-host Mika Brzezinski.

Host Joe Scarborough wondered why that hadn't outraged GOP lawmakers half as much as the continuing investigation into President Donald Trump's ties to Russia.

"All these congressman screaming and yelling and unhinged and they're losing, making fools of themselves," he said. "They're concerned about properly executed FISA warrants that have been already approved. By the way, lying, trying to put words in Rod Rosenstein's mouth, and yet, at the American border, you have toddlers who are being taken into court, and are being represented in front of judges, who are climbing up on tables."

"It's been a week of stark contrasts, and I think that is absolutely the worst one," she said.

Scarborough shamed the Republicans for caring more about shielding the president from consequences than protecting babies and children from trauma.

"They're berating Rod Rosenstein and yelling and not letting him finish his statements," Scarborough said. "Obviously, I guess, playing to their home crowd, but why doesn't their home crowd care about 3-year-old infants that -- they'd rather them beat up two loyal Republicans, I guess. I don't understand why they're yelling and screaming and being unhinged at these loyal Republicans who are law enforcement officers, and yet they don't care at all about the 3-year-old kids that are being dragged into court."

Vance said the legal process for immigration had been broken for a long time.

"If there's one silver lining here it's the flashlight that's being shined upon it," she said. "The idea of a 3-year-old child in a courtroom with no lawyer, no ability to defend itself, and people treating it as though it's a legitimate procedure. It's a mockery of justice."

"It's impossible to believe but we are here, that they could break it more," she said.

Scarborough still couldn't get over Republican outrage over the special counsel probe that's yielded dozens of indictments and the guilty pleas of five people -- including Trump's national security adviser and deputy campaign manager.

"You would hope if they were going to become unhinged and angry about something, they would become unhinged about 3-month-old children ripped from their mother's arms and put on buses and driven 2,000 miles," he said. "They don't know where these kids are, nobody knows where they are."