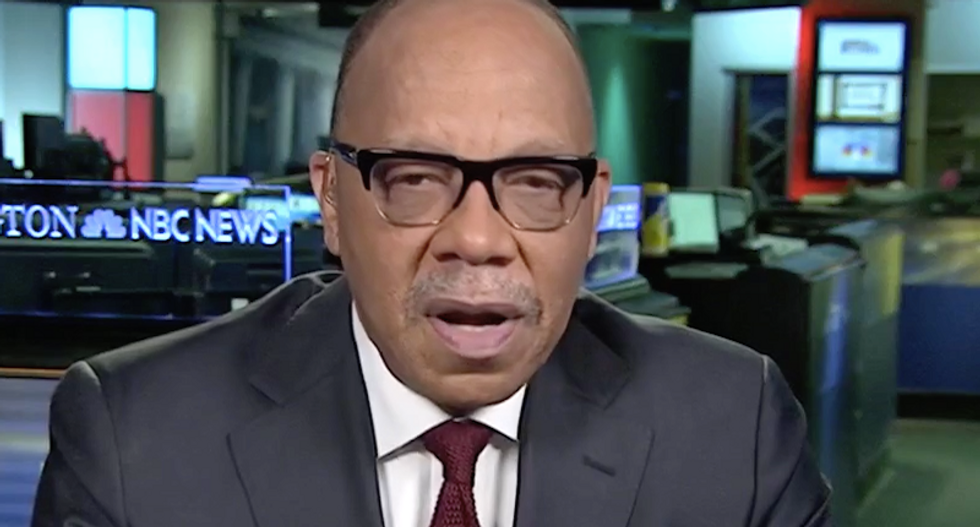 The hosts of MSNBC's "Morning Joe" called on the vice president and his wife to step out of the shadows and challenge President Donald Trump's blatant racism.

Mike Pence and his wife, Karen, are known for their conservative Christian beliefs, which Joe Scarborough said should compel them to speak out against the president's intentionally cruel family separation policy.

"How does Mike Pence, how (does) Karen Pence, how do any of these people continue being associated with a man who is now openly bigoted against everybody who is not white and rich?" Scarborough said.

Washington Post columnist Eugene Robinson shamed Pence for trying to stay above the fray as the president inflicts cruelty against babies and children for perceived political gain.

"Mike Pence stands there and he puts on a frown and he nods sagely at the most sort of racist vile comments and sentiments coming out of the mouth of the president that he serves so loyally and unquestioningly," Robinson said. "I certainly hope people remember. This should leave an indelible stain on Mike Pence and his career and on the others around him."

"This is the most naked sort of white supremacism," Robinson added. "That is Donald Trump's core philosophy, that America is a white country and that brown people and black people and people of color who come here don't belong here. They don't belong in the MAGA America that he's trying to, in his mind, re-recreate. It's an America never really existed, but it's the America in his head."