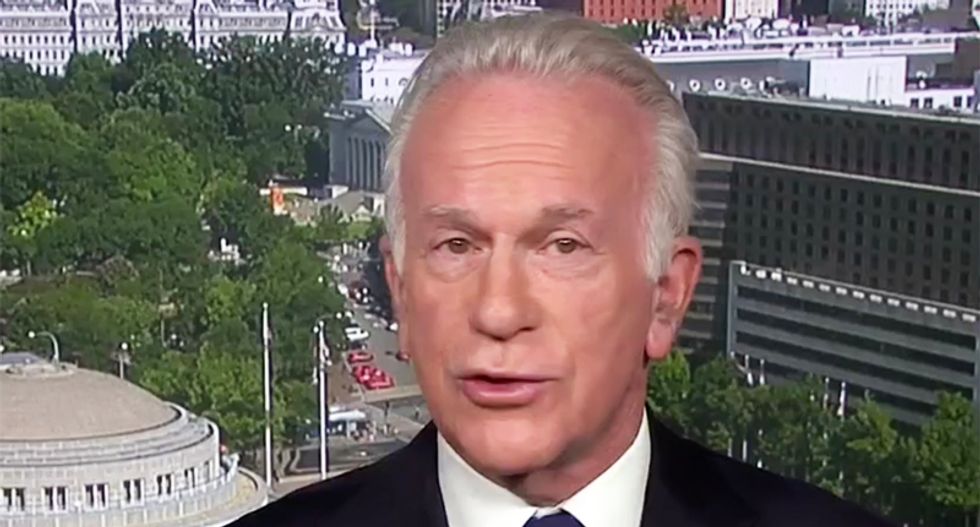 Appearing on CNN with host Poppy Harlow, a spokesperson for a Missouri nail company that is on the verge of collapse due to President Donald Trump's steel and aluminum tariffs accused the president of doing what their foreign competition couldn't do -- drive them out of business.

According to James Glassman -- a former diplomat under President George W. Bush  who is trying to sit down with Commerce Secretary Wilbur Ross --  Trump is about to put over 500 people out of work.

"We've got 500 workers in Poplar Bluff, Missouri, which is a population of 17,000 whose jobs are in severe jeopardy because they can't make nails at the same cost they used to be able to make nails, and they're getting whacked by the Chinese who are making windfall profits as a result of these tariffs," Glassman bluntly stated. "We're asking for an exclusion, and there are 21,000 other applications for exclusions that have been filed, but we think we're quite worthy. Obviously [his] policy is what's caused this."

With host Harlow noting, "This community helped the president win the White House, 80 percent of the electorate voted for the president," she asked ,is Trump "hurting them and helping the Chinese?"

"Right," Glassman replied. "This is a company that has grown -- doubled its workforce despite the fact the Chinese were competing with it. We have filed many dumping cases and managed to survive and actually thrive against this Chinese competition and competition from other countries as well."

"After doing all this, this administration comes in and slaps on this tariff and is able to do something that the Chinese were never were able to do; which is put this company on the brink of extinction," he accused.

Pressed on what lies ahead for the company, Glassman admitted they could move production to Mexico.

"Let's put it this way, it's obviously an option. It is something this company absolutely does not want to do," he warned. "It wants to save the jobs in Missouri and I hope the president of the United States wants to save those jobs as well -- and he has it within his power to do that. To save these jobs, to save these families, these people who are really up against it for doing nothing -- through absolutely no-fault of their own -- just because of misguided trade policy."