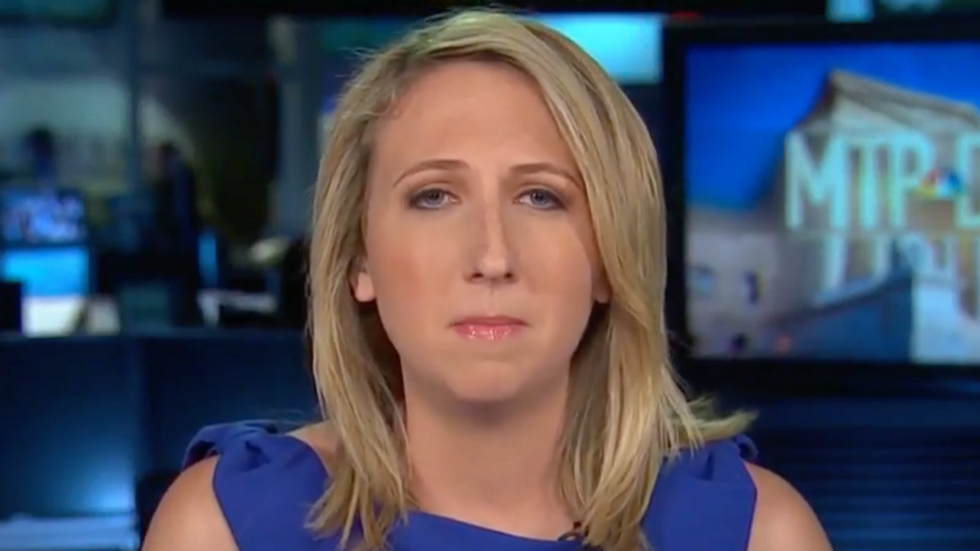 During the White House press briefing, Kirstjen Nielsen, the Secretary for Homeland Security, made several false claims about border security, according to Julia Ainsley, National Security Justice reporter for NBC.

"So first,I thought it was pretty incredible they doubled down on talking points here. To see the implosion, instead of having sympathy for the situation, they are doubling down and seem to think if they can just explain to people what's going on, we might have a more sympathetic view of their side," Ainsley said during an interview with MSNBC's Katy Tur.

As Nielsen was talking during the briefing, Ainsley wasted no time calling out her lies one by one.

"I started tweeting out some false claims as I heard them," she said.

She said that Nielsen falsely claimed that parents can have contact with their children once separated.

The White House is also defending separating children from their parent's by claiming they are simply enforcing the law.

"False claim 4. They are enforcing the laws Congress wrote. There is NO LAW that forces separation," Ainsley tweeted. [sec]