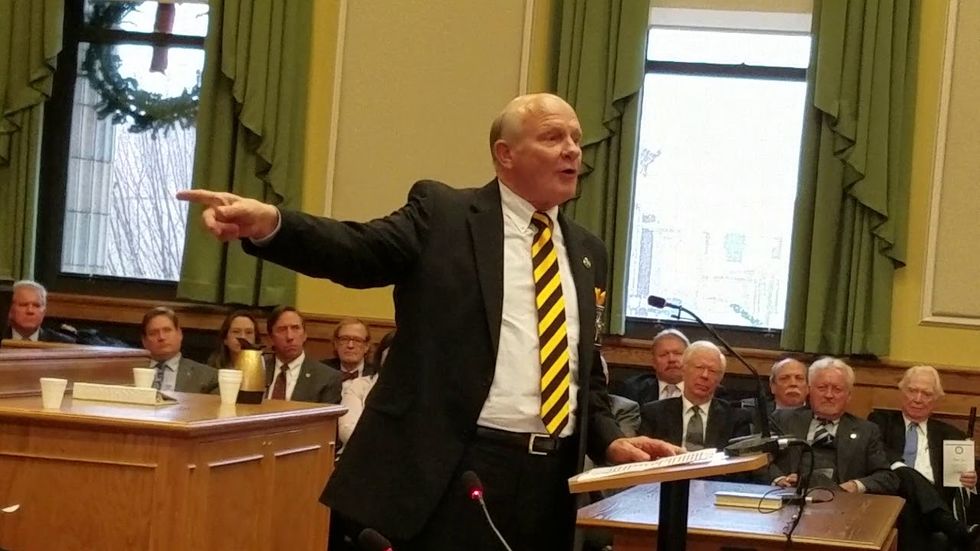 Despite being sued in federal court for alleged discrimination against Latinos, a North Carolina sheriff who once called Mexicans "taco-eaters" is re-applying for a partnership with Immigration and Customs Enforcement that would allow his deputies to detain undocumented immigrants and begin the deportation process.

Raleigh's News & Observer reported that Alamance Co. Sheriff Terry Johnson wants to re-enter a partnership with ICE that led to a two-year Department of Justice investigation into his discriminatory actions and orders. Known as the 287 (g) partnership, it would allow Johnson and his deputies to arrest people on suspicion of being undocumented immigrants.

The DOJ found that between the years of 2007 and 2012, Johnson ordered his deputies to "Go out there and catch me some Mexicans" or "taco eaters." He also reportedly sent his subordinates a game where users scored points by "shooting Mexican children, pregnant women, and other ‘wetbacks’" while they attempted to cross the border into the United States.

To protest the potential re-entry into the ICE partnership that would "turn sheriffs into deportation agents," activists delivered tacos to Johnson's office in reference to his "taco-eaters" slur.