'We need to stop saying most cops are good': Bill Maher takes on wave of police beating videos 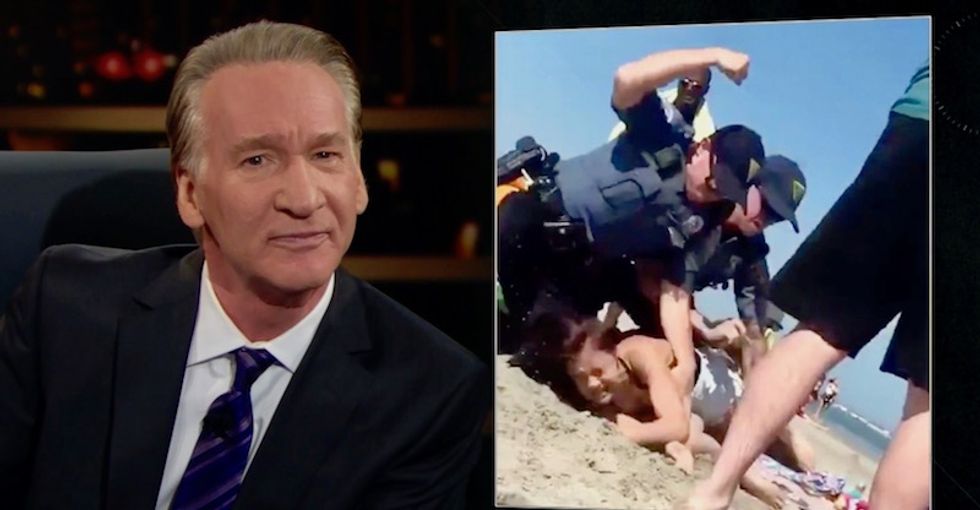 Bill Maher took on the subject of police brutality on his Friday night HBO show, calling out the epidemic of police brutality and saying it's time to stop discussing the situation as one that involves a few bad actors and start confronting the apparently rampant abuses that've been exposed by amateur videographers in recent years.

"We need to stop saying most cops are good like we know that to be true," Maher said. "I hope that's true, but I need some evidence—unlike cops."

Maher says he wants numbers, citing the fact that the sample size he's seeing in videos make him believe that the problem is more common than police report in anonymous surveys.

"If most cops are good, why are there so many videos of them being bad?" he said. "Just in the last month we've seen 'just a few bad ones' beating the suntan lotion off a skinny girl in a bikini, 'completely atypical officers' mercilessly wailing on a homeless guy in Oregon and 'totally non-representative policeman' beating a black man in Arizona. That's a lot of videos of guys who barely exist doing sh*t that hardly ever happens."

And Maher pointed out that the "thin blue line" is a problem, because cops rarely report abuse by fellow officers.

"This is why NFL players want to take a knee, not because they hate the anthem," he said.

Segment_0001 from Martin Cizmar on Vimeo.