NRA's Dana Loesch vomits absurd tirade on incivility: Liberals caused it by 'telling people what bathrooms to use' 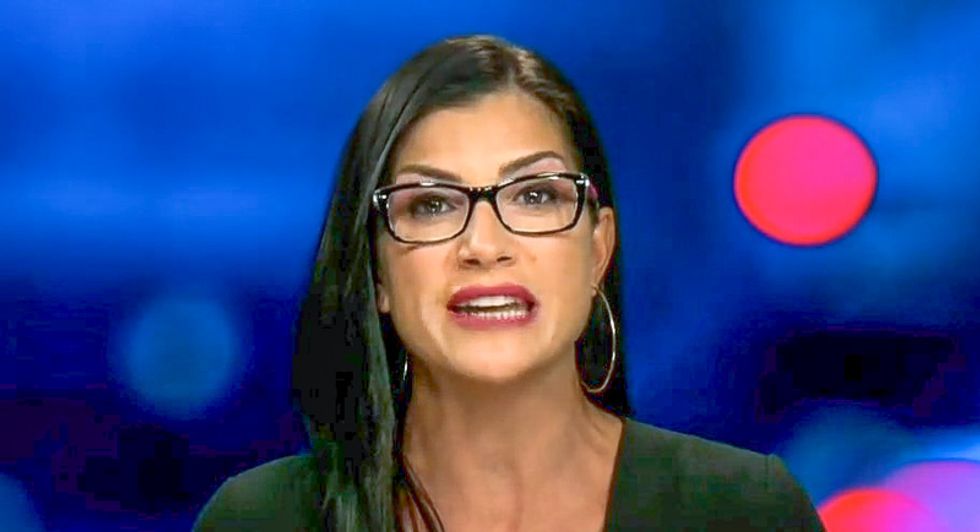 During her Thursday appearance on Fox & Friends, Loesch reacted to the news that Alexandria Ocasio-Cortez, a 28-year-old Latina who campaigned for Sen. Bernie Sanders, had defeated a longtime Democratic congressman. She also blasted Rep. Maxine Water (D-CA) for calling on progressives to nonviolently challenge Trump administration officials.

"This is what I find incredibly sad about the state of political discourse," Loesch opined. "The media narrative is that this is brand new because it's Donald Trump and this is Trump America. Let's be real about this, we can go back all the way to the '60s, to the Weatherman and Bill Ayers, who... actually launched the former president's career in his living room. We can talk about Antifa, we can talk about Occupy, we can talk about Ferguson and Baltimore burning if we want to have a discussion on civility."

Loesch claimed that Trump could not be blamed from "incivility" because he was not the first Republican president to hit back at critics.

"For more decades than any of us on this show have been alive, we have had are characters impugned, we have had our reputations assassinated by individuals on the far left who have no better way to respond to policy disputes than with violence, than with incendiary rhetoric," Loesch ranted.

According to the NRA spokesperson, the so-called "blue wave" of Democratic voters is a revolution inside the party, not a reaction to President Donald Trump and Republican policies.

Loesch complained that Democrats "whip up emotion when they can't offer anything real in terms of policy."

"While Trump and Republicans were talking about jobs and trade and health care, this individuals were out there telling people what bathrooms to use," she said. "And screaming about Russia and everything else, none of which has come to fruition, by the way."

In fact, the Republican Party has traditionally pushed policies that force transgender people to use bathrooms that do not correspond to their gender.