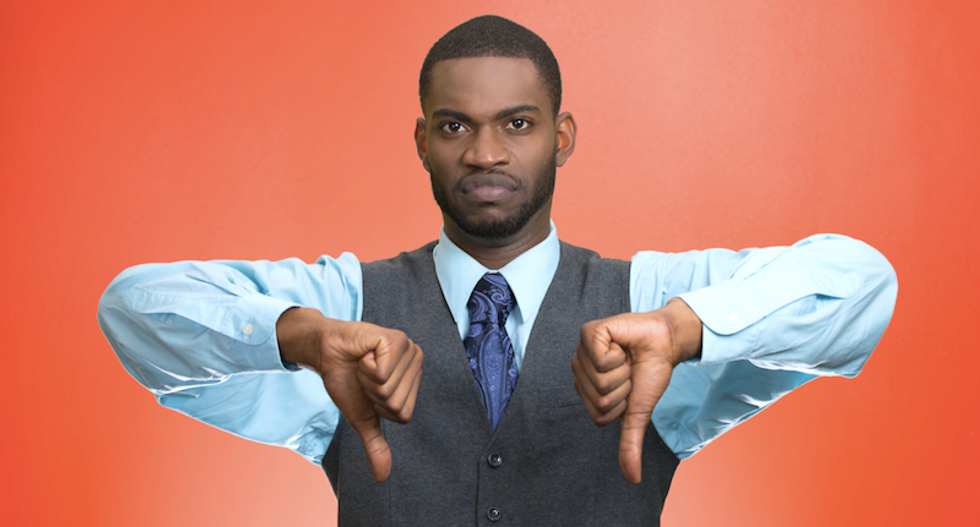 A uniformed black firefighter was reported to police by alarmed residents as he conducted city-mandated inspections near homes in Oakland.

Kevin Moore was carrying a radio and clipboard as he conducted yearly vegetation inspections, when a neighbor called police to report him as suspicious, reported the San Francisco Chronicle.

His colleague Megan Bryan was also serving May 16 when she got a call from a 911 dispatcher asking whether firefighters were doing the checks, and she knew why the caller was alarmed -- which angered her.

“I knew that he was the one on that street,” Bryan said, pointing out that white firefighters were never reported as suspicious.

Another resident emailed home security footage earlier that day to a community liaison officer, who then forwarded the footage to the fire department official who oversees the inspections.

“It’s obvious he’s doing an inspection," said Vince Crudele, of the Oakland Fire Department. "Kevin’s wearing his blue wool firefighter pants, he’s got a radio and (a department) jacket and shirt on."

“It’s unfortunate that somebody would mistake an Oakland firefighter, a professional who would go into harm’s way every day to protect citizens, as someone who was there for criminal intent," he added. "Kevin’s out there doing his job well and representing the Oakland Fire Department with the highest integrity.”

Crudele said the resident pointed to Moore's athletic shoes as evidence he might have been an imposter, but he said it's common and acceptable for firefighter to wear sneakers during those inspections.

“I try to put myself in other people’s shoes," Moore said, "like if I see someone in my yard, I’d ask what they’re doing. That’s why I always call out, ‘Hello! Hello! Oakland Fire Department!’ Because I want to be heard. I just don’t want somebody to look out their window and see somebody in their backyard. I’m not trying to be incognito.”

Moore said he had knocked on the door and announced himself as a firefighter before stepping into a yard, which had no gate, and noting possible vegetation hazards in his paperwork.

He turned around to find the resident recording video of him as he finished up.

“He kind of startled me,” Moore said. “He says, ‘Well, what are you doing here?’ I say, ‘We’re here doing our annual vegetation inspection.’ Then he asks for ID. I say no problem. He takes a picture of my ID and says I need to get a different one. I’ve had that ID for years. It’s kind of dark, and I’m more of a dark-skinned black guy, but you can still see me.”

Moore told the suspicious resident to look across the street at the "big red fire engine" parked across the street, and the resident eventually stopped questioning him about his identity and started making excuses for his vegetation problems.

Bryan said she will pair up with Moore during future yard inspections because she's worried about his safety, but she said it shouldn't be a black person's responsibility to soothe the fears of racist white people.

“It’s our work to do with other white people, to check our implicit biases and racism,” she said. “It’s not fair to him, and it’s actually not safe for him to be going into these backyards due to the sociopolitical climate.”