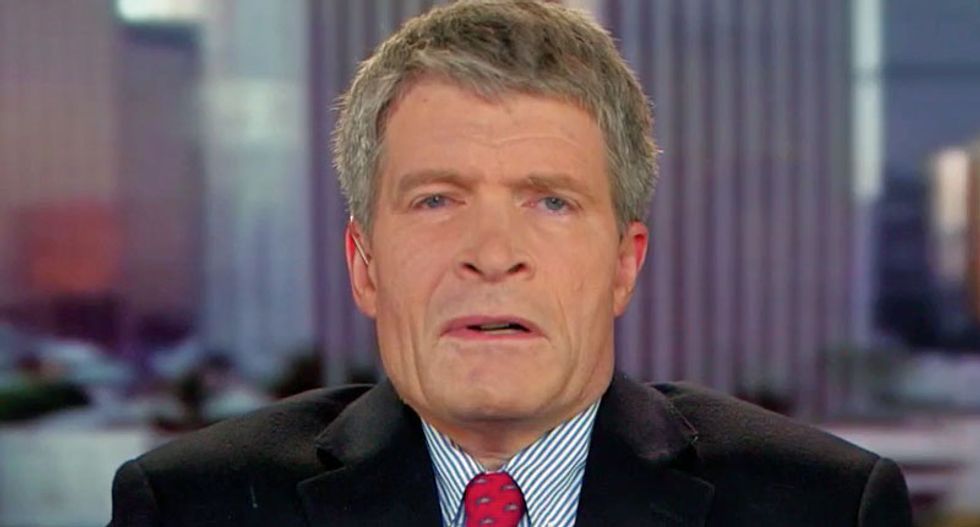 Richard W. Painter is the S. Walter Richey Professor of Corporate Law at the University of Minnesota Twin Cities.

The video shows Painter standing in front of a raging dumpster fire. He proceeds to call out lawmakers who've failed to curtail President Donald Trump's abuses of power.

“Some people see a dumpster fire and do nothing but watch the spectacle,” he declares. “Some are too scared to face the danger. Or they think it’ll benefit them if they just let it keep on burning.”

“There is an inferno raging in Washington. But here in the land of ten thousand lakes …. we know how to put out a fire,” Painter says, before the dumpster fire is doused by a flood of water.

Asked by Raw Story over the phone what he's referring to specifically, Painter pointed out that Washington is corrupt—and that it might start with President Trump but goes far beyond him.

"The corruption in Washington... it's way too much," he tells Raw Story "You've got the campaign money, the conflicts of interest. The list of problems just goes on and on and no one's doing anything about it."

Painter thinks members of Congress can be working a lot harder to reign in the President.

"We need to hold this President accountable for his own conflicts of interest," Painter says.

But reform shouldn't end there. "We also need to reverse Citizens United. There's a lot we can do."

But many lawmakers are hampered by their own shady financial histories.

"I think members of congress have their own financial conflicts of interest. And there's only so much they can do about the President while they're beholden to campaign contributors. That's a huge."

Painter promises to push back against Donald Trump's constitutional abuses on a wide swath of issues. "They're serious. He's abused the constitution on border issues, on Muslims, on freedom of the press ... "

Then there's the current humanitarian disaster at the border, where the federal government has ripped thousands of kids from their families.

"The border is out of control. What's the purpose of detaining people and separating them from their children?"

"It's an act of cruelty using taxpayer money. Why should we be doing this?" he concludes. "It's nuts."

The longtime Republican is running as a Democrat, challenging Senator Tina Smith, who was appointed following Al Franken's resignation amidst charges of sexual misconduct.