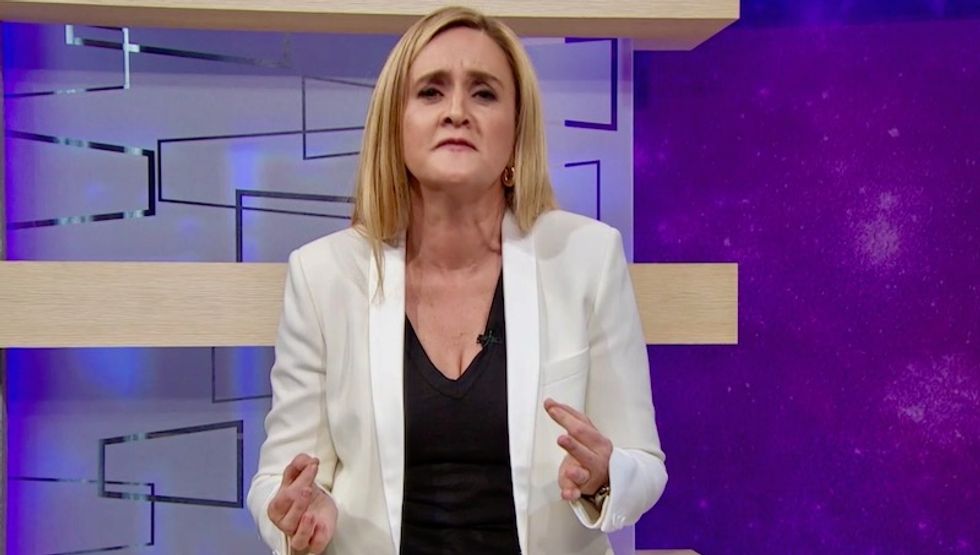 Samantha Bee opened her weekly show on TBS on Wednesday night with an apology for using the C-word to describe Ivanka Trump last week.

"A lot of people were offended and angry that I used an epithet to describe the president's daughter and adviser last week," she said. "It's a word I've used on this show many times, hoping to reclaim it. This time, I used it as an insult. I crossed the line, I regret it, and I do apologize for that. The problem is that many women have heard that word at the worst moment of their lives. They don't want to reclaim it, they want it gone. And I don't blame them."

The biggest reason Bee is sorry? Her mistake allowed the rightwing outrage machine to distract America from situations like the migrant children who are being locked up in cages apart from their parents.

"I hate that this distracted from more important issues," she said. "I hate that I did something to contribute to the nightmare of 24-hour news cycles that we're all white knuckling through."

Bee made a point to say that she is not sorry to people like Ted Cruz who pretended to be offended for political points, and said that a notion of civility that puts words over actions is silly.