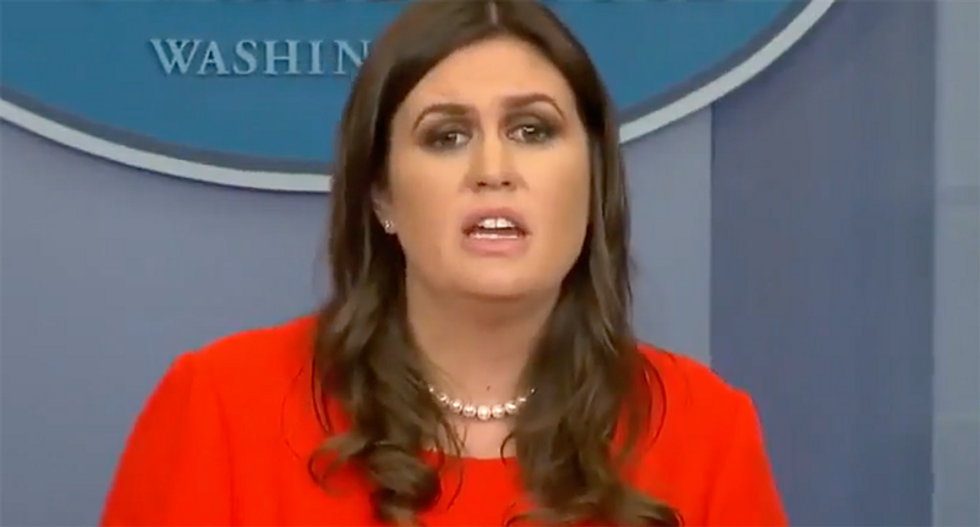 Trump's West Wing is in chaos amidst the fiery blowback over the administration's child internment camps, according to a new report from Vanity Fair.

Press Secretary Sarah Huckabee Sanders is dodging her responsibility to do press briefings because of the policy, which she does not support.

“She’s tired of taking on water for something she doesn’t believe in,” a source told Vanity Fair.

On the other side, adviser Stephen Miller is taking sadistic joy in seeing photos of crying children and triggering outrage among liberals and traditional conservatives.

“Stephen actually enjoys seeing those pictures at the border,” a Trump adviser told Vanity Fair. “He’s a twisted guy, the way he was raised and picked on. There’s always been a way he’s gone about this. He’s Waffen-SS.”

There is no graceful exit for Trump and he's growing angry as Democrats refuse to bend to his will, sources said. He continues to think he can blame them and avoid the blowback.

“He doesn’t like this policy, and he knows it’s not helping him,” said a source who Vanity Fair has spoken to on the subject. “But he can’t get within him that this is a problem, and he needs to take ownership of it.”