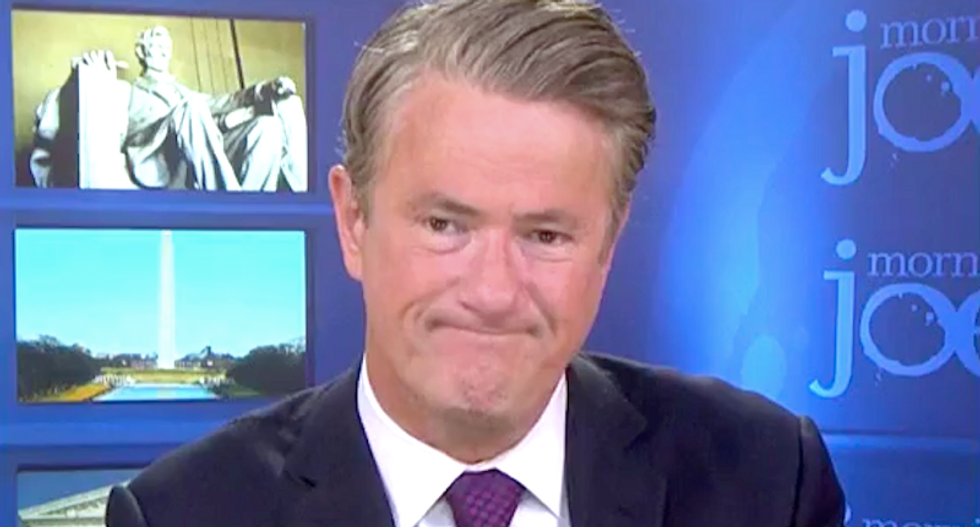 The president asked Canadian prime minister Justin Trudeau whether his country burned down the White House -- the British did, during the War of 1812 -- and State Department press secretary Heather Nauert suggested the Germans fought alongside Americans at D-Day.

"See, here's the thing -- it was the Germans that were up on the cliffs," Scarborough said, as co-host Mika Brzezinski covered her face in horror. "They were shooting down at guys that were trying to get up the cliffs and liberate Europe from Hitler's Germany. The ignorance is spectacular."

He said the Normandy invasion, which helped turn the tide of World War II to favor the Allies, reshaped the next half century of history and gave rise to the "American century" -- and co-host Willie Geist agreed the president simply didn't understand basic facts.

"I think Donald Trump doesn't understand history," Geist said. "I think Heather Nauert there is an example of what happens when part of your job description is to defend whatever the president has said, or whatever happens in the administration, defend it at all costs."

MSNBC analyst John Heilemann said the president and his administration's ignorance was inexcusable and dangerous.

"There's moments where there are a lot of things about this administration where we here in the realm of the mind-boggling but the fact that we are having conversations like this, where we're basically having, like, high school -- not even AP high school -- history lessons where we have to remind people like Australia is one of our greatest allies, the Canadians are not a national security threat," he said.

"We've had presidents with varying degrees of intellectual prowess and historical understanding," Heilemann added. "Having a president who doesn't know anything about American history, world history, diplomatic history, about any basic stuff that well-educated American high school seniors understand."