Stephen Hawking's voice to be beamed into space during memorial 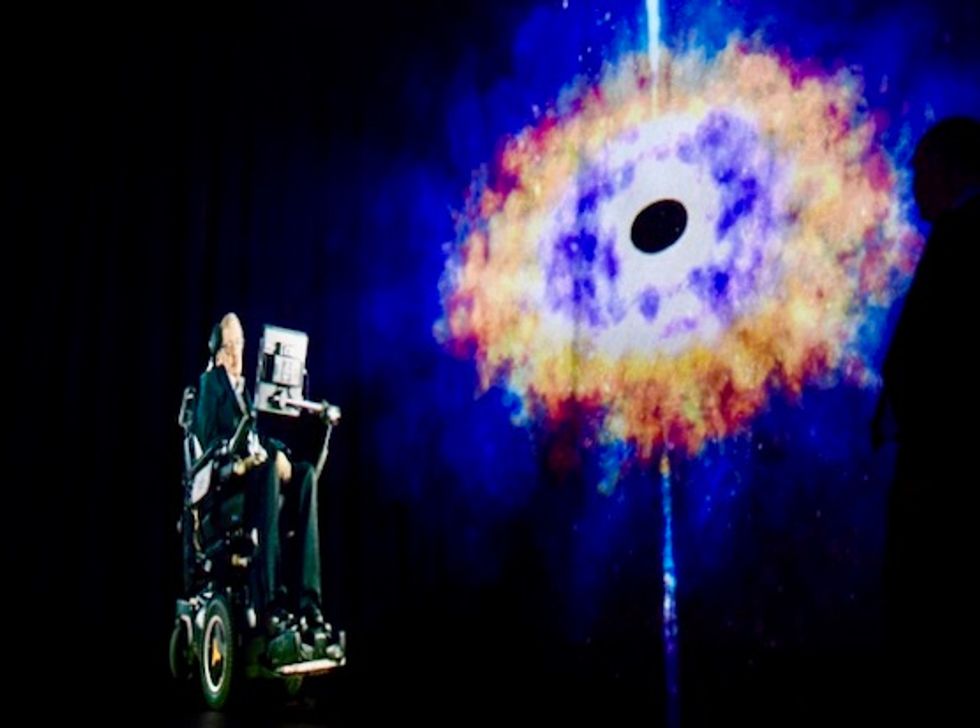 A message from late British astrophysics giant Stephen Hawking will be beamed towards the nearest black hole as his remains are laid to rest in London's Westminster Abbey on Friday.

As the ashes of the British theoretical physicist are interred, a specially-written composition featuring his famous synthesised voice will be beamed into space by the European Space Agency.

"This is a beautiful and symbolic gesture that creates a link between our father's presence on this planet, his wish to go into space and his explorations of the universe in his mind," said his daughter Lucy Hawking.

The wheelchair-bound professor, who dedicated his life's work to unravelling the mysteries of the universe and fought to overcome his disability, will be buried by the graves of fellow science greats Isaac Newton and Charles Darwin.

"The broadcast will be beamed towards the nearest black hole, 1A 0620-00, which lives in a binary system with a fairly ordinary orange dwarf star," Hawking's daughter said.

"It is a message of peace and hope, about unity and the need for us to live together in harmony on this planet."

Hawking, who captured the imagination of millions around the world, died on March 14 at the age of 76.

Propelled to stardom by his 1988 book "A Brief History of Time", an unlikely worldwide bestseller, Hawking's genius and wit won over fans from far beyond the rarefied world of astrophysics.

His death triggered a flood of tributes from Queen Elizabeth II to NASA, reflecting his impact as a scientist but also a beacon of hope for people affected by motor neurone disease.

The British government announced on Monday that exceptional students in mathematics and physics can compete for research fellowships in Hawking's honour.

Friday's service attended by family, friends and colleagues will celebrate not only his achievements as a scientist, but also his character and endurance living with a devastating illness.

"We are so grateful to Westminster Abbey for offering us the privilege of a service of thanksgiving for the extraordinary life of our father and for giving him such a distinguished final resting place," said his children Lucy, Robert and Tim.

Around 1,000 members of the public drawn from more than 100 countries were due to attend the service, following an online ballot in which 25,000 applied for tickets.

Applicants needed to give their birth date -- but eagle-eyed fans spotted that it could be any day up to December 31, 2038, opening the door to time-travelling guests from the future.

Three young people who use electronic communication devices to speak, just as Hawking did, will also be among the guests.

"He has inspired me to be the best that I can be and not let anything, including my disability, hold me back," said Jason Felce, 20, who controls his equipment with eye movement.

"I am going to be an actress. Everybody who puts their mind to something gets to be it. Stephen Hawking proves this more than anyone," she said.

Guests will be welcomed by volunteers from the London 2012 Paralympic Games opening ceremony, in which Hawking starred.

The track being beamed into space will feature Hawking's voice set to music and has been written by Greek composer Vangelis.

Westminster Abbey will also be open to the public free of charge after the service so people can pay their respects at his grave.