'It's subpoena time': WaPo columnist says Mueller has waited long enough -- and must drop the hammer on Trump 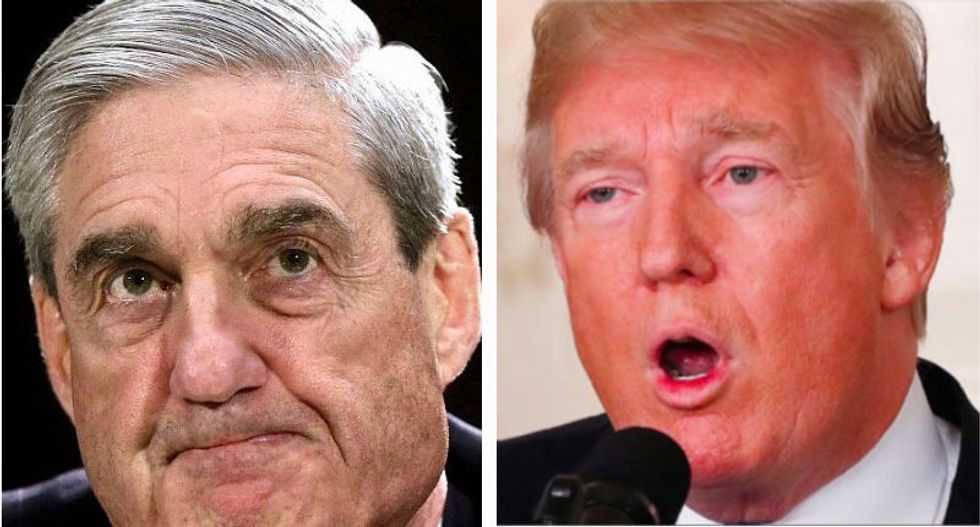 Is it time to slap President Donald Trump with a subpoena to testify in front of special counsel Robert Mueller's grand jury?

Washington Post columnist Ruth Marcus thinks so -- and she says that Mueller has been more than patient in trying to negotiate with Trump's legal team.

In particular, Marcus argues that Trump lawyer Rudy Giuliani's most recent talk show appearances -- in which he said that there's a "high bar" Mueller's team must reach "in terms of convincing us that they’re fair" -- show that Trump is not likely to sit down with the special counsel's team willingly.

"I think Mueller may be getting the message: Absent a subpoena, and maybe even with one, Trump isn’t answering his questions," she writes.

Pointing back to the Clinton investigation, Marcus believes that dropping a subpoena on the president would either force Trump's legal team to get real in their demands or force Trump to testify kicking and screaming along the way.

Additionally, Marcus thinks that Mueller will want to lay down a marker that presidents cannot avoid facing justice if they yell about "deep state" conspiracies for so long that prosecutors just give up out of exasperation.

"Backing down in the face of presidential recalcitrance would not only reward Trump but also tell future presidents that they can evade the ordinary demands of the law as long as they have the stomach to bully and delay," she writes. "Mueller shouldn’t let that happen. He has waited long enough."