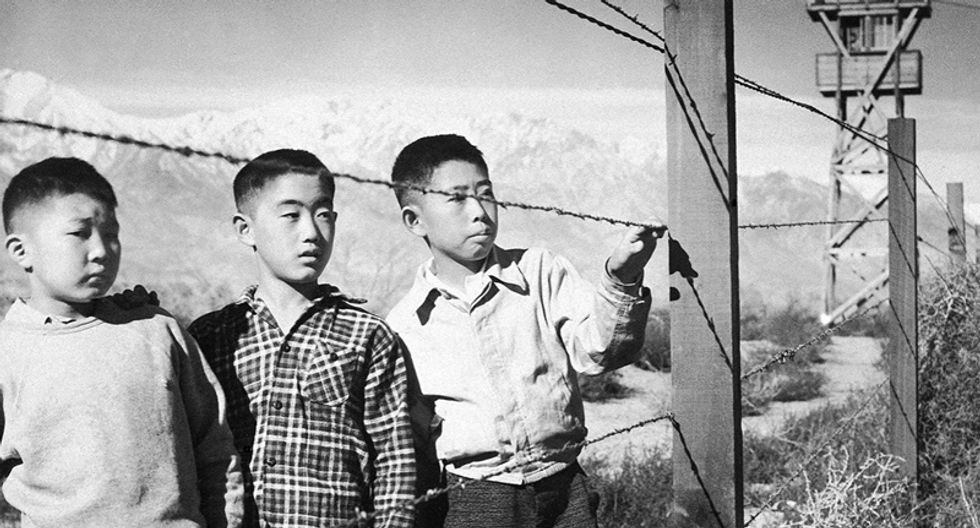 In 1994, in Korematsu v. United States, the court held in a 6-3 decision that Executive Order 9066, which created internment, was constitutional.

The case was cited in a dissent, allowing the court the opportunity to final overturn the ruling.

"The dissents's reference to Korematsu, however, affords this Court the opportunity to make express what is already obvious: Korematsu was gravely wrong the day it was decided, has been overruled in the court of history, and -- to be clear -- 'has no place in law under the Constitution,'" the majority held.

No credit to the Supreme Court for overturning Korematsu while the Defense Department is literally preparing intern… https://t.co/PBI5nE9Q6j
— Spencer Ackerman (@Spencer Ackerman)1530023941.0