‘It’s all on tape!’: Matt Schlapp blasted as ‘mansplaining f*ck’ for ‘unhinged’ defense of Trump’s lying 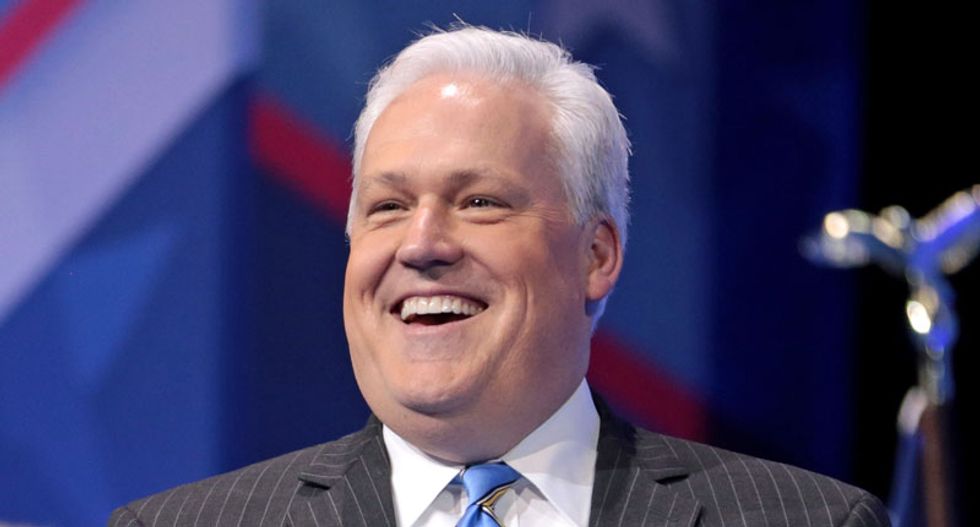 Schlapp left his job as political director in the George W. Bush White House to work as vice president of federal affairs at Koch Companies Public Sector, LLC. He is currently chairman of the American Conservative Union and a Fox News contributor.

He took issue with MSNBC anchor Katy Tur, who on Friday reported on 19 lies President Trump stated during an impromptu press conference on the White House lawn.

“So our big question is — why are Republican leaders okay with the President of the United States lying?” Tur asked.

"Katy this is why the Natl media is literally unhinged from half of the country," Schlapp tweeted. "Report the facts leave the moral condemnation to others."

"It’s all on tape. This is not her opinion," noted Pulitzer Prize winning New York Times journalist Maggie Haberman.

"So...report the facts, but don’t say when the President says things that are not factual?" wondered BuzzFeed's Tom Namako.

Others went further in their criticism of Schlapp, including comedian Kathy Griffin.

"You mansplaining f*ck...it's all on tape...it's not subjective...You're just kissing up to Trump because Mercedes had her old tweets exposed..she's as phony as you are," Griffin blasted.

"Where am I deviating from the facts here?" Tur asked. "This is a statement of fact. He lies. A lot."

"A tweet is too short but in many cases there is a dispute over objective facts including at the border. Perhaps neither side is lying," Schlapp answered.

"Let's face it reporters can't condemn the GOP and also be objective," he added.

"The facts are that he lied 19 times," Hoberg noted. "It’s up to the viewer to decide if they care or not."

"Or instead of an 'objective' reporter editorializing they simply give both sides and let us decide who is lying, or just wrong or evil," Schlapp suggested.