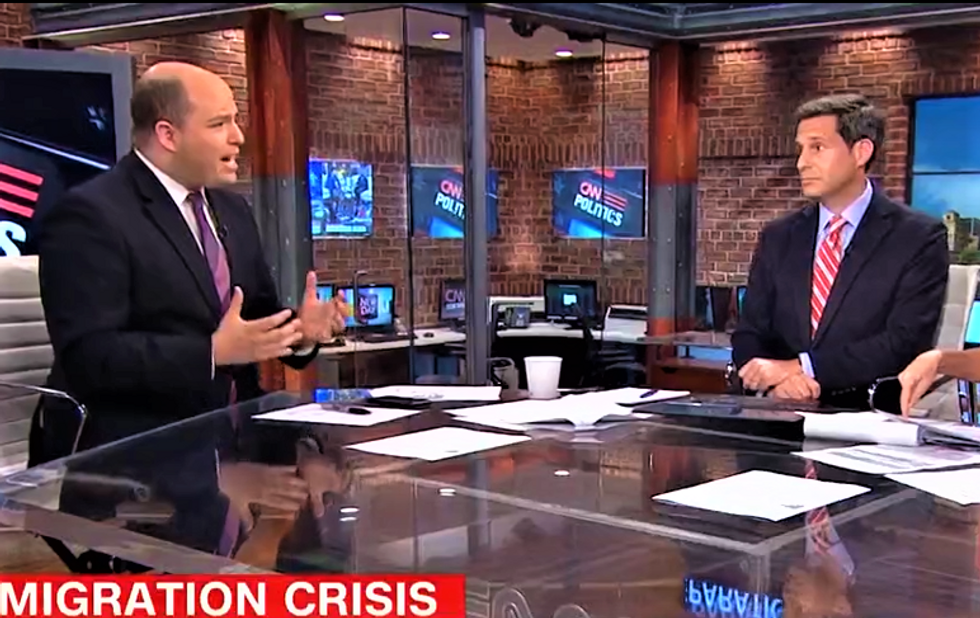 A CNN panel on Wednesday hammered Fox News pundits for trying to whitewash the way immigrant children were being treated in detention facilities after being separated from their parents.

"Laura Ingraham, she's a mom of three," Camerota said. "I feel when she says it's a summer camp she must not know or have spoken to the people we had on our show today that said they are in cages, the kids are in cages, it's overcrowded, there is constant crying, there are no toys, no bedding, they sleep with the bright lights on and they don't know where their parents are... that's not summer camp."

"That's terror camp!" Stelter responded. "That is causing terror in these children's lives! What Laura Ingraham needs to do is go and see these camps!"

Elsewhere in the panel, Stelter condemned former Trump campaign manager Corey Lewandowski for glibly dismissing the plight of a 10-year-old with Down syndrome who had been separated from her mother.

"It sounds heartless," he said of Lewandowski's remarks. "It sounds cowardly and I think there are two things about his behavior there that are telling. One is, the depth of the anti-immigrant sentiment, just how deep and hateful it goes. And number two, the lack of a coherent argument or positive argument."