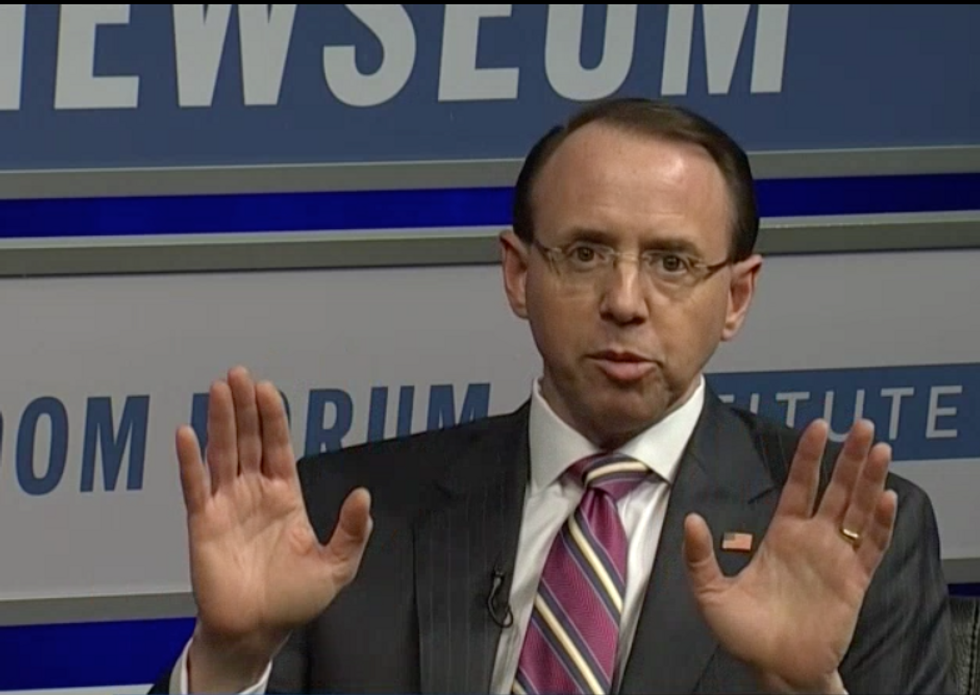 According to a report in the Wall Street Journal, the Trump administration has abandoned a search for a candidate to fill the number three position at the Justice Department because no will agree to take the job.

According to the report, whoever occupies the number three position at the department -- behind Attorney General Jeff Sessions and Assistant Attorney General Rod Rosenstein -- would potentially be in the line of fire should President Donald Trump fire Rosenstein, who is currently overseeing special counsel Robert Mueller's investigation into the 2016 election.

The report notes, "The delay in filling the post is the latest sign of the difficulties besetting the agency, which lacks permanent, politically appointed leaders to oversee at least five high-profile units, including the criminal, civil and tax division,."

According to sources, a concern of many candidates would be having to sit for hearings and a confirmation process likely to be dominated by questions about the Russia probe.

Speaking with the Journal, sources inside the White House singled out two potential candidates -- attorneys Helgi Walker and Kate Todd -- who both passed on the position, saying they have no interest in the job at the current moment.

You can read the whole report here -- subscription required.