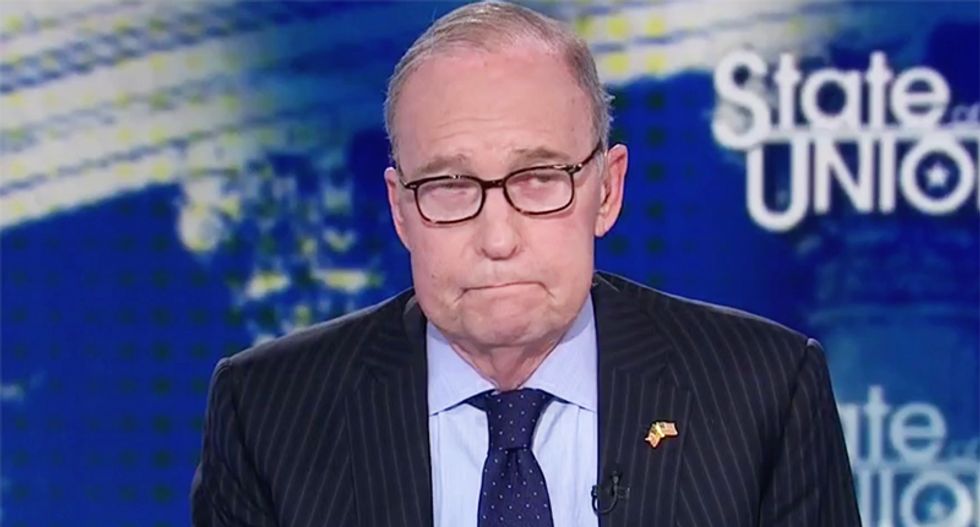 Larry Kudlow on State of the Union -- screenshot

Speaking with State of the Union host Jake Tapper, Kudlow picked up from Trump who attacked Trudeau on Twitter on Saturday night, by going after the Canadian politician, alternately calling him,  "polarizing,” “sophomoric,” “deceptive,” and  "amateurish," while saying he pulled a “political stunt” with his speech meant to undercut Trump who had been nothing less than "charming" at the G7 summit.

"We were very close to making a deal with Canada on NAFTA, bilaterally perhaps, and then we leave and Trudeau pulls this sophomoric political stunt for domestic consumption,” Kudlow complained, while adding the agreement that Trump pulled out of he had personally fashioned with Trudeau.

"I was there, extensively involved involved in the late night negotiations," Kudlow elaborated. "President Trump was charming, everything in good faith. I was in the bilateral meeting with Trudeau and President Trump and they were getting along famously."

According to the presidential adviser, Trudeau's speech after Trump left was a direct attempt to undercut the historic meeting with the North Korean leader in Singapore.

"He can't put Trump in a position of being weak going into the North Korean talks," Kudlow excitedly exclaimed.  "He can't do that. And by the way, President Trump is not weak!"

You can watch the videos below via CNN: