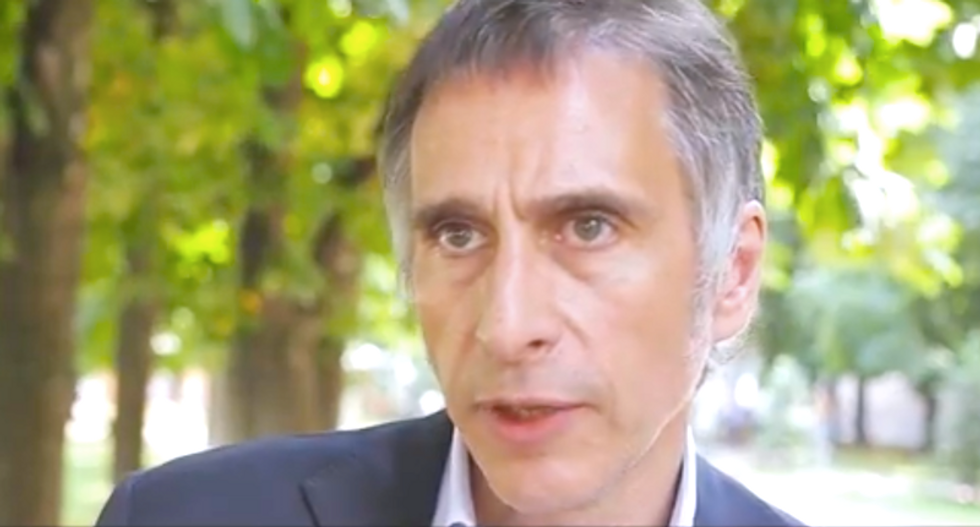 An architect who helped arrange President Donald Trump's business deals in eastern Europe abruptly shut down his firm within hours of being contacted by a reporter, deleted his portfolio and Twitter account -- and has gone missing.

Architect John Fotiadis designed some of Trump's luxury developments in former Soviet lands, some of which have fallen under scrutiny by special counsel Robert Mueller, but the former Trump associate suddenly disappeared after he was contacted by CNBC reporter Christina Wilkie.

Mueller's team started looking into Trump's business dealings in Georgia, Kazakhstan and Russia, and CNBC contacted Fotiadis on April 11 after receiving a tip about his work for the president in that part of the world.

The architect did not respond to the network's call or email, but he announced eight hours later on Twitter that he was closing his 10-year-old firm John Fotiadis Architect, or JFA, and a few days later deleted that social media account.

He removed all the content, including a portfolio of 30 projects, from his professional website by the end of the week, leaving only a note that he intended to join the New Jersey engineering company SNS Architects and Engineering.

Fotiadis still hasn't responded to repeated attempts by CNBC to contact him, and a half-dozen of his former colleagues, clients and associates have also ignored similar attempts.

There's no indication that Fotiadis has done anything wrong or that he's under investigation by Mueller, but he worked with the Trump Organization and a pair of oligarchs in former Soviet states.

He also worked for Ukrainian billionaire Rinat Akhmetov, who hired Paul Manafort in 2005 as the top consultant to his pro-Russia political party, and Silk Road Group, which is led by Georgia oligarch George Ramishvili.

Silk Road and Trump Organization had plans to build a 47-story resort on the Black Sea that fell apart under an ethics cloud after the election.

Fotiadis was associated with numerous Trump developments in eastern Europe and elsewhere, including a planned movie studio in Florida.