Trump fans whine about reports on baby jails: ‘Quit trying to make us feel teary-eyed for the children’ 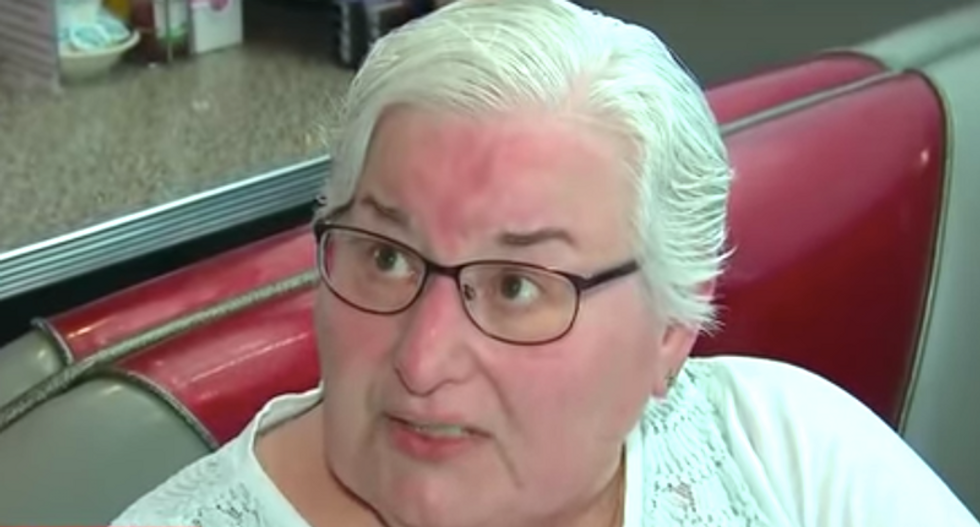 President Donald Trump's supporters see themselves as victims of a manipulative media reporting on child detention camps for young migrants taken from their parents at the border.

Trump supporters in Arizona insisted the president was simply enforcing the law -- although no such law exits -- by separating immigrant families as part of the administration's zero-tolerance policy on illegal border crossings, reported CNN.

"He should enforce the laws like he's doing, and our Congress needs to abide by the laws and follow the laws and enforce the laws -- not go against our president," said Ron Carroll, a 69-year-old from Mesa. "I blame it on the parents for letting it happen because they bring them up and know they can't get across there legally."

Carroll, a retiree from St. Louis, said he wasn't troubled by government agents ripping children from their parents and detaining them in separate facilities.

"Like I said earlier, it's the parents that bring them up, and they already know they're going to take them away, so to me there's no issue there," Carroll said.

"I think people need to stop constantly bringing up the poor children, the poor children -- the parents are the problems, they're the ones coming in illegally," said Madeline Carroll. "Quit trying to make us feel teary-eyed for the children. Yes, I love children a great deal, but to me, it's up to the parents to do things rightfully and legally."

She overcame the twinge of guilt those reports stirred up by summoning outrage toward the parents.

"To be perfectly honest, I'm angry at the parents," she said. "I feel very honestly that it's their fault that the children have been separated, because they're bringing them in illegally. And the other thing is, the law that has been put on the books was not put on recently. It was put on back many years ago, and I think very seriously that they need very firmly to say enough is enough."

Illegal entry to the U.S. has long been a misdemeanor punishable by up to six months in prison, but previous administrations generally chose not to prosecute adults who crossed illegally with children and instead referred them to immigration courts.

"It's not just involving separating the families -- we're trying to secure our borders to stop the drug trafficking, the sex trafficking and I think it goes a little deeper," said Renee Padilla, a Trump supporter who works in human resources. "At the end of the day, to make America great again I think both sides of the aisle need to come together."

An 84-year-old Trump supporter admitted he felt nothing for the children taken from their parents and compared the family separation policy to a citation he once got for illegal swimming.

"Here's how I feel about it: When I was a kid, 16 years old, I got fined for swimming in a lake 'cause I didn't follow the rules," said retiree Carl Bier. "These people that we have coming across the border illegally are breaking the rules. I have no feelings for them at all."