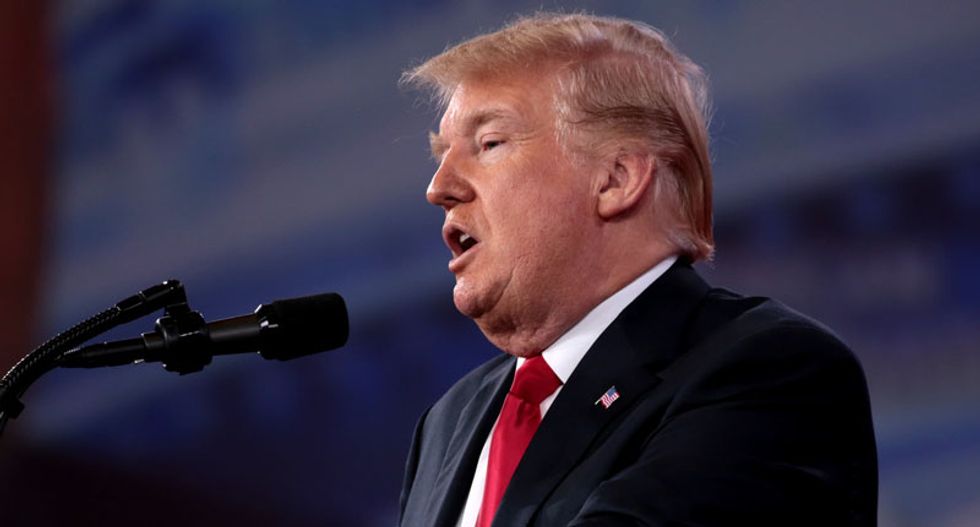 North Korean officials have toured China to discuss economic development. Speculators are snapping up property along their common border. And South Korea is studying ways to boost engagement with its isolated neighbor to the north.

Across the region, there are signs that U.S. President Donald Trump’s campaign of “maximum pressure” on Pyongyang to give up its nuclear weapons is weakening ahead of his summit with North Korean leader Kim Jong Un in Singapore on Tuesday.

Trump, along with leaders like South Korea’s President Moon Jae-in, have credited the pressure campaign with bringing Kim to the negotiating table through a combination of international sanctions, political isolation, and threats of military action.

However, unless there is a major provocation or resumption of nuclear testing or missile launches by North Korea, strategists and academics say it is unlikely that maximum pressure will ever fully return.

“Trump’s campaign is over,” said Kim Hyun-wook, a professor at the Korea National Diplomatic Academy. “The diplomatic openings with North Korea have already been taking a toll on the maximum pressure campaign.”

Trump has himself said he doesn’t want to use the term “maximum pressure” any more because of improving relations with North Korea.

Joseph Yun, the United States’ former top negotiator with North Korea, told a Senate hearing on Tuesday: “Practically it is not possible to continue maximum pressure when you’re talking with your adversary. I don’t think you can have serious engagement as well as maximum pressure.”

Preparations are already underway in China, South Korea and Russia, which share land borders with North Korea, for better ties with the isolated nation.

Officials from South Korea visited a shuttered joint economic project in Kaesong, North Korea, on Friday, part of a government effort to prepare for a possible easing of sanctions.

Although they are wary of rushing into an unpredictable political situation, South Korean businesses representatives and North Korea experts gathered at a conference in Seoul on Thursday to discuss potential inter-Korean cooperation.

“From a company’s perspective, that (maximum pressure campaign) may be gone this time, given the North-U.S. summit is happening soon and Kim Jong Un’s will to develop the country’s economy is visible,” an official from a major South Korean construction firm told Reuters on the sidelines the conference, asking to remain unnamed as he was not authorized to speak publicly.

Along China’s border with North Korea, speculators are buying land and traders are stockpiling cheap North Korean coal amid hopes that restrictions will soon be lifted.

“It’ll be good if North Korea opens up,” said a hat seller in the border city of Dandong, who only gave her name as Yang. “The people there are so poor, it’s like China in the 1980s.”

She said the number of North Koreans shopping in the city had dropped in recent months after the sanctions were tightened. But now, she said, property prices in Dandong were being driven up by speculators betting that trade would revive.

Other local people in Dandong said North Korean workers were returning, prompting the opening of some restaurants and hotels.

The owner of one Korean restaurant was training staff on presenting a new menu in preparation for more visitors from other parts of China, including people intending to visit North Korea.

The Liuji Restaurant, which was shut after its owner was investigated in 2016 for dealings with North Korea, reopened in March after Kim’s visit to China, his first trip out of the country since taking office.

It was not clear what happened to the investigations or who the new owner was.

The restaurant’s North Korean staff explained the closing as “renovations.”

On June 5, state carrier Air China announced it would resume regular flights between Beijing and Pyongyang, which officials had indefinitely suspended in November, citing poor demand.

Although the first Air China flight had only around 20 passengers, tour operators said busloads of Chinese tourists were in Pyongyang, their numbers surging in recent weeks because of the lowered tensions.

“I went to the train station (in Pyongyang) and it was the busiest I’ve ever seen it,” said the founder of the Dandong-based INDPRK tour company, who goes by the name Griffin Che. “I’d guess about 100 Chinese tourists arrived by train today. In the past I would see a maximum of 30-40 tourists.”

Che said the prospect of new economic opportunities in North Korea has him interested in branching out beyond tourism into investment and coal trading.

U.S. lawmakers have raised concerns that traders in China are already skirting sanctions, but Beijing-based diplomats say that there is no evidence that China is abandoning its U.N. Security Council commitments.

Diplomats say all the major players, including Russia, China, and South Korea, are expected to continue to enforce the letter of any United Nations sanctions. Beyond sanctions, U.S. officials say they successfully persuaded more than 20 countries to downgrade or end diplomatic ties with North Korea.

Some of that political isolation has been reduced, however, by Kim Jong Un’s meetings with leaders of China and South Korea, and this week’s summit with Trump.

At the end of May, Russian Foreign Minister Sergei Lavrov landed the first meeting between a Russian official and Kim as head of state, and extended an invitation for the North Korean leader to visit Russia.

Russia has long been skeptical of the sanctions regime, and South Korea’s Moon has proposed a three-way study on potential joint projects, including railways, gas and power linking Siberia to the Korean peninsula.

“Even if the summit fails and U.S.-North Korea tensions resurface, Russia is unlikely to support new rounds of sanctions on North Korea,” said Artyom Lukin, a professor at Far Eastern Federal University in Vladivostok.

“If previously adopted U.N. sanctions continue to be in effect, Russia will abide by them, but it will probably find some legal ways and loopholes to make their enforcement as mild as possible.”

He later told reporters: “If a breakthrough is achieved during the summit in Singapore, if peace comes, there will be a bountiful harvest. Primarily of course, with the Korean peninsula but also the rest of us, including Singapore as well.”

Across Southeast Asia, many countries took steps to curtail or completely end most major trade with Pyongyang last year, but in some cases state-owned North Korean restaurants have continued to operate, potentially supplying Pyongyang with a trickle of cash.

Two North Korean restaurants in Jakarta have shut down.

In Vietnam, two North Korean restaurants in Ho Chi Minh City closed in October last year, but there is still one in Hanoi, owned by a Vietnamese businessman who also runs a shipping company.

The country’s once-close ties with North Korea have been strained over North Korea’s alleged use of a Vietnamese citizen in the assassination of Kim Jong Un’s half brother, Kim Jong Nam, in Kuala Lumpur in February last year.

In March, Vietnam filed a report to the United Nations in which the country said it has “always fully implemented” sanctions on North Korea.

In response to U.S. pressure, Thailand said annual trade with North Korea fell by 94 percent, although some North Korean businesses have continued to operate in the country, including two restaurants in Bangkok.

At the Pyongyang Haemaji Restaurant, North Korean waitress Pak Il Sim said tables were routinely full of customers, most of them Japanese.

When asked if the restaurant had come under pressure from Thai authorities to close, she said: “No, business as normal”.