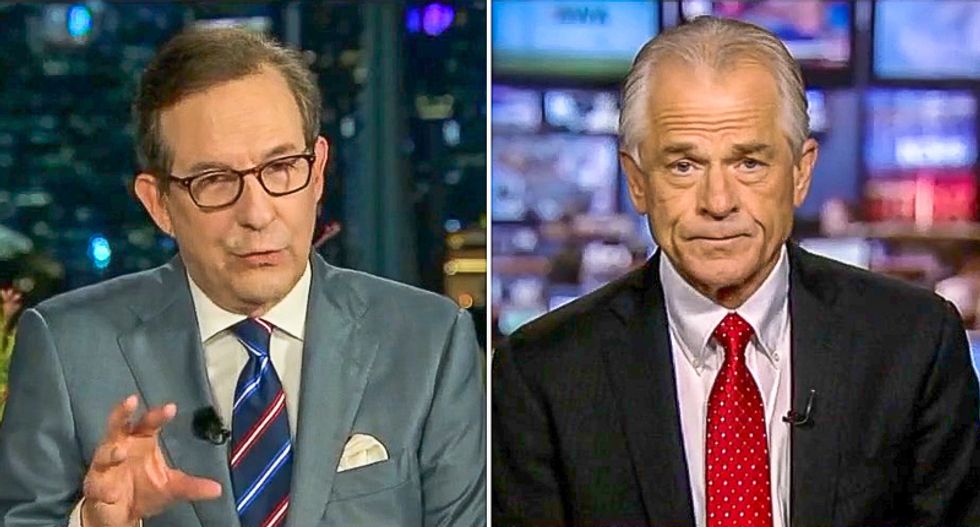 White House trade adviser Peter Navarro on Sunday blasted Canadian Prime Minister Justin Trudeau, saying there was a "special place in hell" for the foreign leader because he disagrees with President Donald Trump on trade.

In an interview on Fox News Sunday, host Christ Wallace noted that Trump had ripped Trudeau on Twitter, calling him "dishonest and weak" because he gave a press conference after Trump had departed the G7 summit. Trudeau argued that Trump is making a strategist mistake by placing tariffs on Canadian steel.

"Is that really how we want to deal with our second-biggest trading partner?" Wallace wondered.

"There's a special place in hell for any foreign leader that engages in bad faith diplomacy with President Donald J. Trump," Navarro insisted. "And then tries to stab him in the back on the way out the door. And that's what bad faith Justin Trudeau did at that stunt press conference."

"That's what weak dishonest Justin Trudeau did," he added. "To my friends in Canada, that was one of the worst political miscalculations of a Canadian leader in modern Canadian history."