US says will 'take firm, appropriate measures' against Syria violations 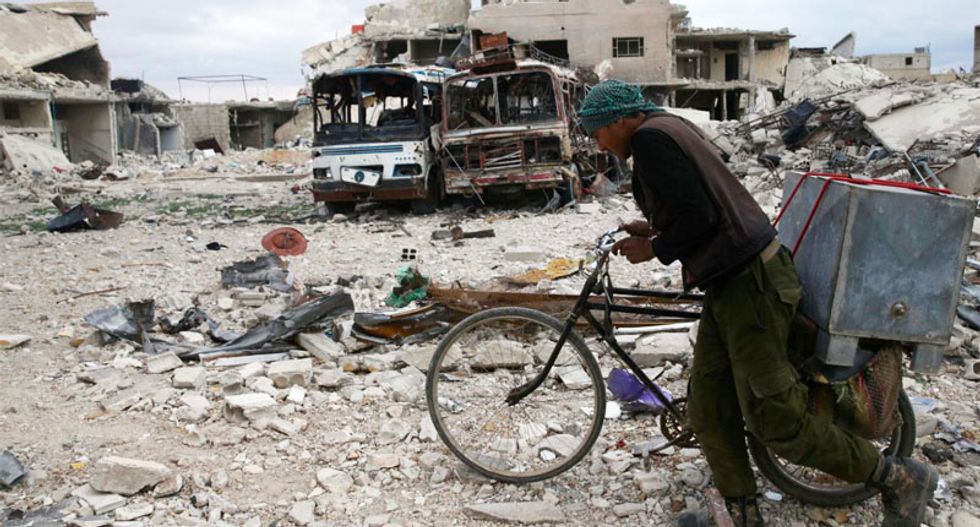 A man walks with his bicycle at a damaged site in the besieged town of Douma, Eastern Ghouta, in Damascus, Syria March 30, 2018. REUTERS/Bassam Khabieh

The U.S. will “take firm and appropriate measures” in response to Syrian government violations in a so-called de-escalation zone in the southwest of the country, the State Department said in a statement on Thursday.

The southwest of Syria, bordering Jordan and the Israeli-occupied Golan Heights, is one of the remaining parts of the country still outside the control of the state after seven years of conflict.

President Bashar al-Assad’s forces have recovered swathes of territory from rebels with the help of Russian air power and Iran-backed militias, and he has repeatedly pledged to take back “every inch” of the country.

Since last year, a “de-escalation” deal brokered by Russia, the United States and Jordan has contained fighting in the southwest.

As a member of the U.N. Security Council, Russia “is duly responsible” to “use its diplomatic and military influence over the Syrian government to stop attacks and compel the government to cease further military offensives,” the state department said in its statement.

The State Department also said the United States would release $6.6 million to the Syrian Civil Defense fund, commonly known as the White Helmets, and the U.N. International, Impartial and Independent Mechanism, which collects and analyzes evidence of violations of international human rights laws.

Experts have investigated reported use of chemical weapons by Assad’s government. More than 500,000 people have been killed in the fighting, which has drawn in global powers and neighboring states.

Reporting by Brendan O'Brien in Milwaukee; Editing by Robert Birsel