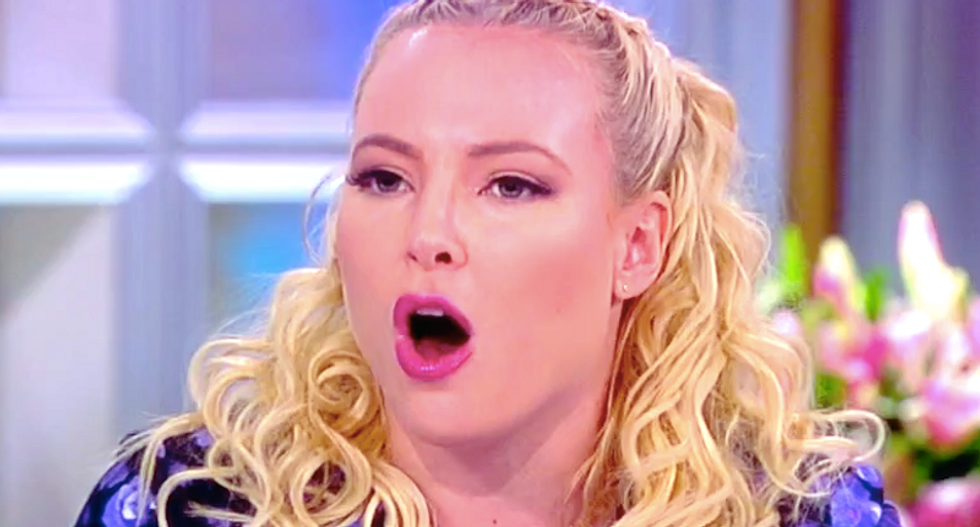 The U.S. Supreme Court upheld a Muslim travel ban, and "The View's" Meghan McCain asked her co-hosts to consider the feelings of Trump supporters who support the ruling.

"Even hardcore 'never-Trumpers' wanted him to become president because they knew how important the Supreme Court ultimately would be," McCain said. "A lot of people don't think it was stolen, conservatives obviously don't see it that way.

McCain admitted she was not terribly familiar with the specifics in the ban, but she said Trump promised to ban travel and immigration from majority Muslim nations.

"Let's stop being surprised by President Trump's hardline immigration. it's what he ran on, it's what I believe he got elected on, along with the economy. While we may have vast disagreements on it, and it's highly polarizing, this is who this man is."

"We're not surprised, Meghan," she said. "We're just disappointed, over and over again."

McCain asked her co-hosts to spare a thought for the nationwide minority of Trump voters who may not be able to fully enjoy getting what they wanted because some TV hosts did not share their enthusiasm.

"There's a lot of people not disappointed," McCain said. "I think sometimes we need to reflect that on the table a little bit."

"Not if we don't feel it," Goldberg said.

"I don't know who voted for Trump anymore, to be quite honest -- I'm just not sure," Goldberg said. "I say that because I grapple with, did the Russians interfere. No, they didn't, yes, they're still interfering, no they're not. I'm confused on who the hell voted for who -- no matter who it would have been."