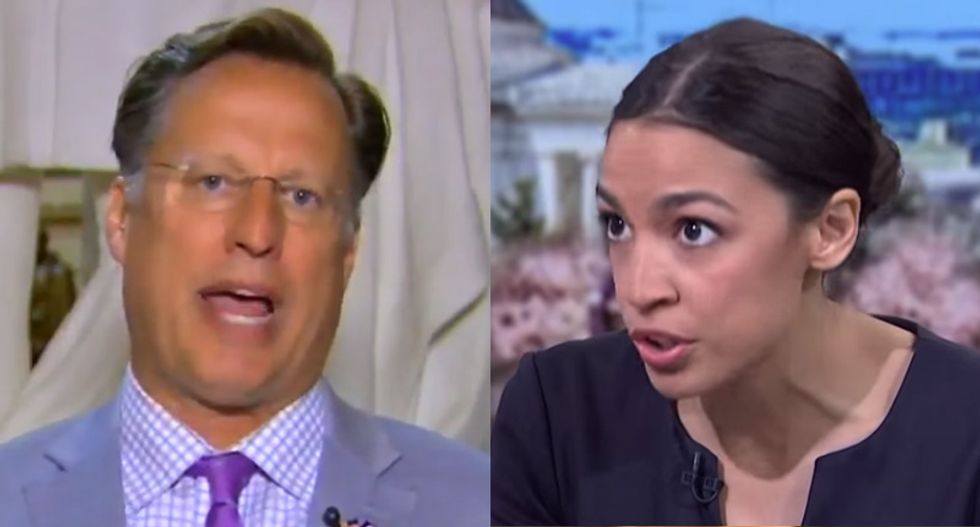 Crowley, the establishment candidate, seemed unbeatable by Ocasio-Cortez, a 28-year-old Democratic socialist who's called for the abolishment of ICE and Medicare for All.

Faulkner and Brat briefly commended Ocasio-Cortez on her victory.

Then they had mutual meltdowns over her politics.

"But she is a socialist," Brat continued. "So you give up one set of special interest for another. They want total control of the government. They want to socialize healthcare, ObamaCare is just steps on the way to you losing your freedom. I don't get that New Yorkers and that individual spirit up there is going for socialism and total government control. Someone is always in charge of the government!" Brat said.

"Right? There is no utopian government. In the social -- Soviet Union, someone is in control. There is a crony network who is friends with who. That is why it never works anywhere it's tried in the world. Some similarities but major differences," Brat said, alluding to his toppling of Eric Cantor in a Tea Part coup.