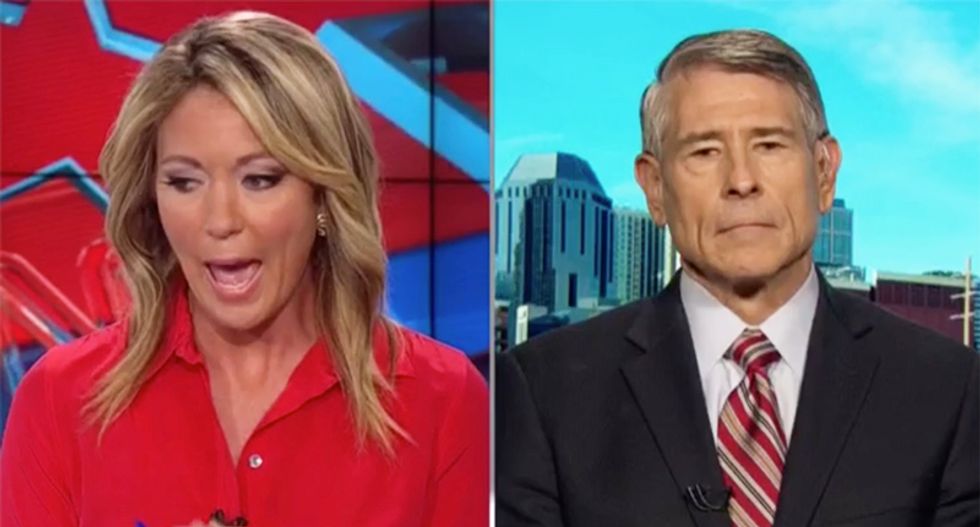 Discussing President Donald Trump's proposed pardon of former Illinois Gov. Rod Blagojevich (D), CNN host Brooke Baldwin pulled the brother of the disgraced lawmaker up short as he complained that his sibling had been railroaded, by reminding him of all the charges filed in the case.

According to Robert Blagojevich, who was indicted along with his brother on corruption charges in 2008 only to have prosecutors drop the case after his first jury was unable to reach a verdict, President Trump is righting a grievous wrong if he comes through with the commutation.

"I'm cautiously optimistic," Blagojevich stated. "If President Trump were gracious enough to commute Rod's sentence and return him to his family, I think that would be a great justice and a reversal of what I think is a major injustice of 14 years in federal prison for a guy who did not take any money and for a guy who I know quite well who had no criminal intent during the time that we were wire-tapped for 50 days."

Blagojevich then complained about how prosecutors conduct themselves.

Baldwin then interrupted to bring up the facts of the case against Rod Blagojevich.

"But, Robert, your brother was ultimately convicted on more than a dozen felony corruption charges, there was all the evidence on tape," she reminded him as he stared stone-faced.

"The Chicago Tribune wrote even if five of his 18 felony convictions were vacated, your brother would still be eligible for a sentence of 30 years to life," she explained.

Blagojevich ignored the comment and instead launched a diatribe at the criminal justice system.

"My response to that is and this is an astonishing thing to me," he complained. "I'm a veteran, taxpayer, a guy who had belief in the criminal justice system before it happened to me and I was indicted, not understanding what we were up against. During the trial I can tell you 70 to 100 calls of my brother's that were exculpatory never got played to the jury. I heard them all."

"My brother, if he was guilty of anything, the total body of work would show he was guilty of stupid talk," he ranted. "It's been an unfair portrayal. This is what happens when the government has an agenda and that's what they did against our family."

Baldwin then took him to task for tweeting that special counsel Robert Mueller's investigation into President Donald Trump's administration was suspect when he had no insider information.

"Well, let me tell you, I do have a clue because I was in the arena -- they targeted me," he shot back. "I know what I did and didn't do and I also know from the wiretaps that I heard about my brother that they excluded tapes that would have been exculpatory to him. I mean, it is just wrong. This is the United States of America and I'll tell you, to your listeners, our liberties are at stake here. If it can happen to me, it can happen to anybody, and, Brooke, it can even happen to you."