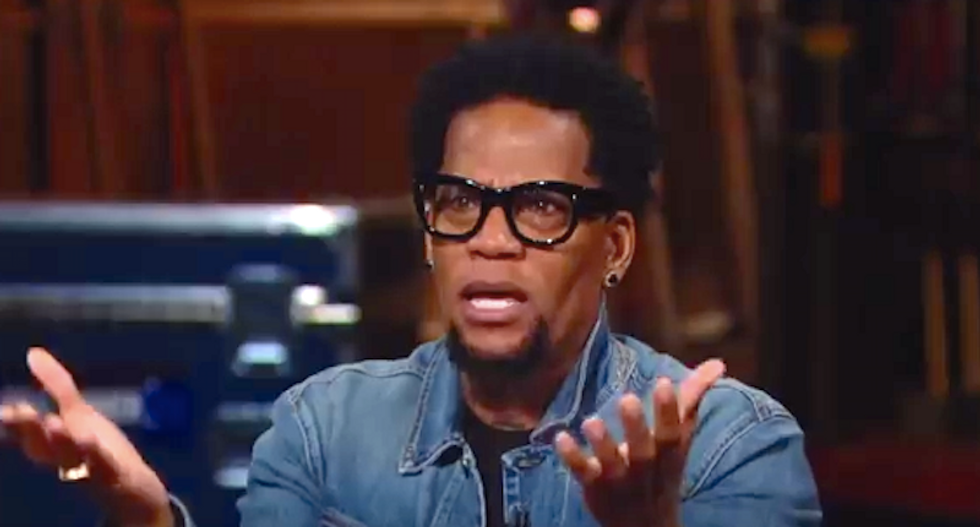 Radio host D.L. Hughley is not impressed by President Donald Trump commuting the sentence of Alice Johnson, a black woman whom Kim Kardashian had lobbied to receive a full pardon.

In an interview with TMZ, Hughley said that Trump's pardon of one person does not make up for appointing Attorney General Jeff Sessions, who has called for harsher sentences for people accused of selling drugs, or for nominating right-wing judges who are more likely to issue harsher sentences for black defendants.

"I think that when you pardon one black person, but you have set rules in place... that send more black people to jail for exactly the same situation she was in, it's three-card monte," he said. "He decided that, 'I'll do something that makes people think I've done something."

He went on to explain that while he's happy to see Johnson free, he doesn't expect to see real reform on U.S. prison policy while Trump is president.

"I'm extremely happy that she's free," he said of Johnson. "But there are hundreds of thousands of people in that exact same position, are you going to free them all? Or just the ones who can get us a photo op?"