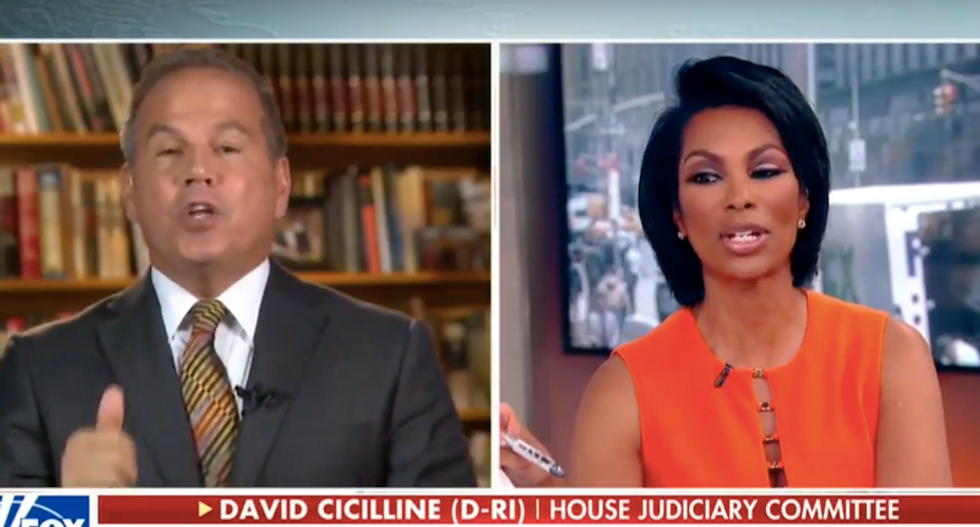 On Monday, as legal experts struggled to make sense of Donald Trump's proclamation that he can pardon himself—but has no reason to because he did nothing wrong—Fox News questioned the validity of the Mueller investigation and Democrats' role in it.

"Some of the criticism out there for Democrats is that you guys have been dripping with thirst for there to be some sort of charge something to see in Mueller's investigation," Fox host Harris Faulkner asked Rep. David Cicilline (D-RI). "You like everyone else has no idea what's in there. So far there's no evidence of any collusion and what say you?"

"First of all democrats have not been thirsting for that. What we've been very focused on is an economic agenda that addresses that economic anxiety of the American people. With respect to the investigation, what we've said is let Mr. Mueller complete his work. We have tried in every way to protect the investigation."

As is often the case on Fox it quickly devolved into a shouting match.