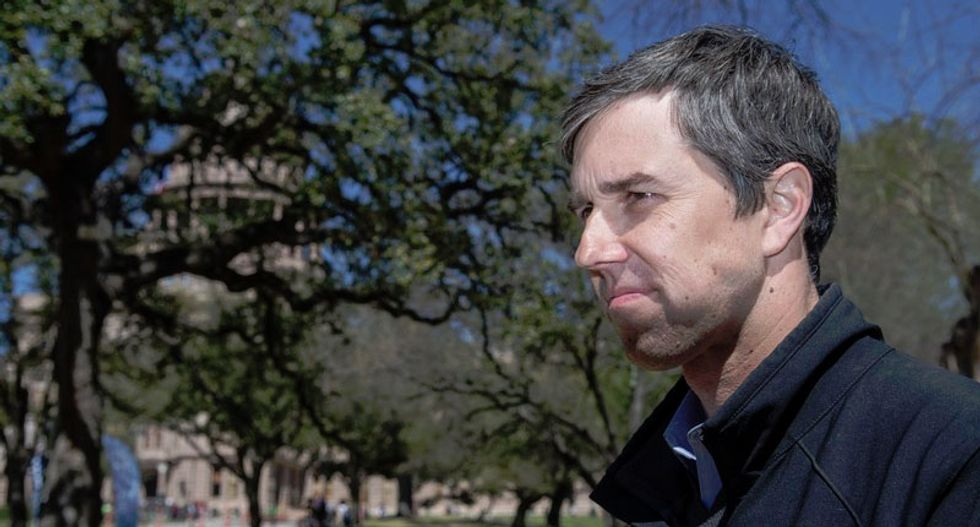 Congressman Beto O'Rourke, D-El Paso, answers a reporter's question at the Texas Capitol before the NoBanNoWall rally on Saturday, Feb. 25, 2017. (Bob Daemmrich for the Texas Tribune)

The Democrat leading the charge to take unseat Sen. Ted Cruz (R-TX)  has amassed a group of followers who are marching on Sunday to a tent city detention center in in Tornillo, Texas.

The Texas Democrat appeared on CNN's State of the Union on Sunday morning and harshly criticized the Trump administration for tearing immigrant families apart and detaining children in separate facilities away from their parents.

"This is inhumane," O'Rourke told CNN's Jake Tapper." "I'd like to say it's un-American, but it's happening right now in America. And it is on all of us, not just the Trump administration. This is on all of us."