WATCH: Rob Reiner pummels Fox News for propping up ‘the most corrupt presidency in American history’ 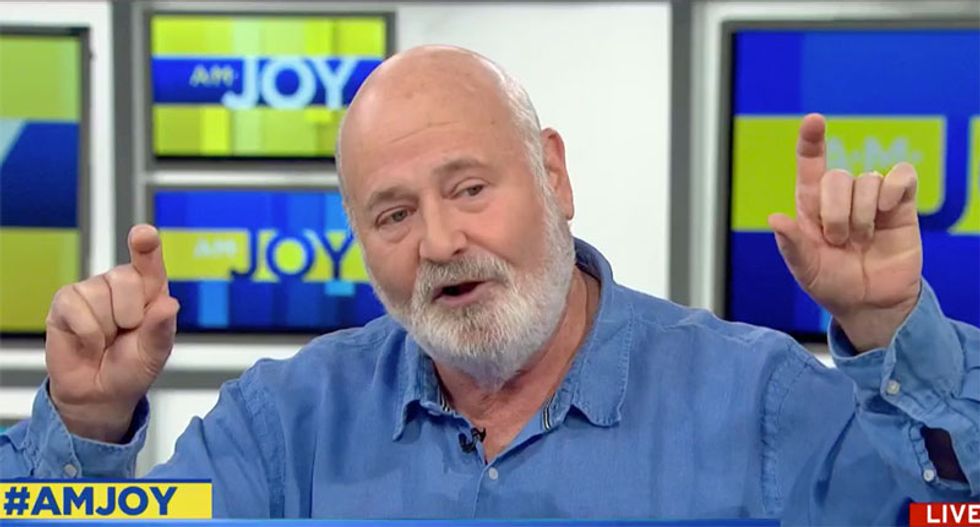 Hollywood director Rob Reiner declared Donald Trump has created the "most corrupt presidency in American history" during a Saturday morning appearance on MSNBC's AM Joy.

"Your new film Shock and Awe is specifically about the press and run up to the Iraq War. I remember there was a lot of talk about George W. Bush styling himself a king and whether or not the press was tough enough on the Bush administration in the lead up and asked enough questions, was skeptical enough," host Joy Reid noted. "Having made this film and really sat and thought through these issues of the way that the press is relating to somebody who styles himself perhaps an autocrat, have we learned anything?"

"I don't know," Reiner answered. "It wasn't that the press wasn't tough enough in the run up to the war, they were nonexistent."

"The press owes it to the American public to try to get to the truth," he continued. "It was difficult then, it is even more difficult now, when you have the President of the United States saying that the press is the enemy of the people and calling it fake news."

Reiner also said 2018 "really is" the most important election ever.

"If we don't have a Democratic Congress that can at least start the hearings to shine some light on what's going going on...this is the most corrupt presidency in American history," Reiner concluded. "I don't care Teapot Dome and Watergate and Iran-contra, these are child's play compared to selling our country out to a foreign enemy power, it doesn't get any worse than that."

"It is pretty frightening," Reid concluded.