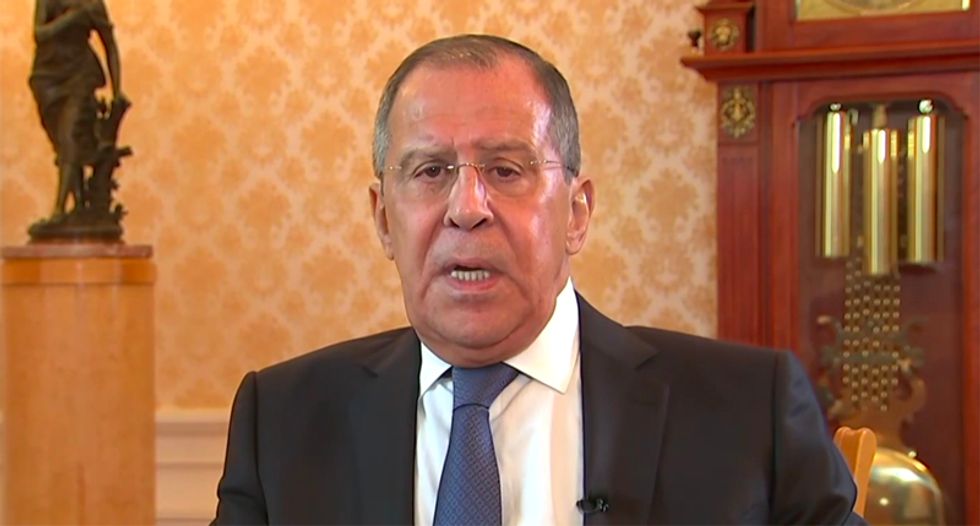 In an extensive interview with Britain’s Channel 4 on Friday, Russian Foreign Minister Sergey Lavrov echoed President Donald Trump's accusation that the special counsel Robert Mueller's investigation into the 2016 presidential election as a witch hunt, saying it is being done at the behest of "losers who don't have the guts to accept that they lost."

Touching on the investigation several times -- and comparing the indictments of Russian hackers as something out of Lewis Carroll -- Lavrov said he knew nothing about the supposed "pee tape" that Russian intelligence agents have of Trump engaging with hookers during Moscow visit.

“I hear this for the first time that we have compromising material on Donald Trump. It's just what this special counsel with Mueller is trying to do and I stopped reading the news from this investigation. It's a matter which is used to ruin the Russia-America relations. It's not mature. It's very childish I think,” Lavrov told Channel 4.

Asked about Russian influence in the election in general, Lavrov dismissed it out of hand.

“I hope that people who try to dig something to prove that we decided the future of the greatest country on earth from some Internet agency --it's ridiculous," he remarked. "I understand the Democrats in the United States are really quite nervous. And I believe that what is being done in the context of the Russiagate in the United States as President Putin repeatedly says, it's a manifestation of deep domestic controversy because the losers don't have the guts to accept that they lost the elections."

Lavrov makes his comments beginning at the 34 minute mark. Watch below: