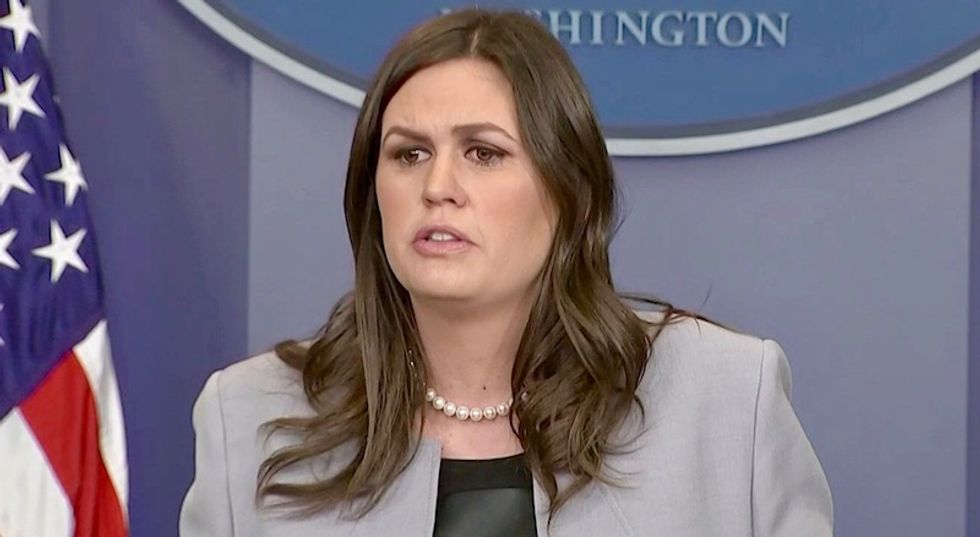 White House press secretary Sarah Sanders will get Secret Service protection after she was asked to leave a restaurant in southern Virginia in protest of President Donald Trump’s policies, a source familiar with the matter told Reuters.

The source did not provide details. The Secret Service and the White House both declined to confirm the matter.

NBC News, which first reported that Sanders would get protection, said security would be provided at her home on a temporary basis, citing a law enforcement official.

Sanders was asked to leave the Red Hen in Lexington, Virginia, on Friday because she worked for Trump. The owner later confirmed the reasoning to media, and the incident drew praise and condemnation online for the restaurant.

The incident prompted Twitter attacks from the president on Monday.

Trump lashed out at Democratic U.S. Representative Maxine Waters, who told a crowd in California on Sunday that the Red Hen’s actions should be a model for resisting the president’s administration.

Tensions have risen over the Republican president’s “zero tolerance” immigration policy that initially led to migrant children being separated from their parents at the U.S.-Mexico border.

Mike Huckabee, the former Arkansas governor, said the protection was related to other threats Sanders has received.

“Well, it’s not so much related to the Red Hen as it is to other threats and you got to remember, she has three small children and there have been some nasty things,” Mike Huckabee said in an interview with Fox Business Network.

The stiff-legged marching technique was first publicly demonstrated by Hong Kong officers on April 15 during National Security Education Day -- designated to mark a Beijing-imposed law that has empowered a crackdown on dissent.

Marjorie Taylor Greene is personally profiting off the chaos she is creating: report

According to a report from the Daily Beast's Roger Sollenberger, immediately after Rep. Marjorie Taylor Greene (R-GA) attempted to derail plans to expand government debt -- which could have shut the government down -- she invested between $250,000 and $500,000 in U.S. Treasury bills which would be paying a higher yield because of her actions.

Noting that Greene and her husband are multimillionaires, the report states that the conservative lawmaker has been investing heavily in T-bills since entering the House, with Sollenberger reporting, the couple made "76 purchases and 14 sales. Of those 90 transactions, the second-largest purchase range behind the T-bill buy was between $15,001 and $50,000—a difference of hundreds of thousands of dollars."

UK Prime Minister Boris Johnson was fighting for his political future Friday as outrage mounted after his belated apology for attending a party during lockdown and as a fresh report emerged of other raucous gatherings at his office.

Revelations that Johnson and Downing Street staff breached restrictions at the height of Britain’s coronavirus lockdown have enraged the public, who were forced to abide by rules that prevented them from visiting sick and dying loved ones or attending funerals.