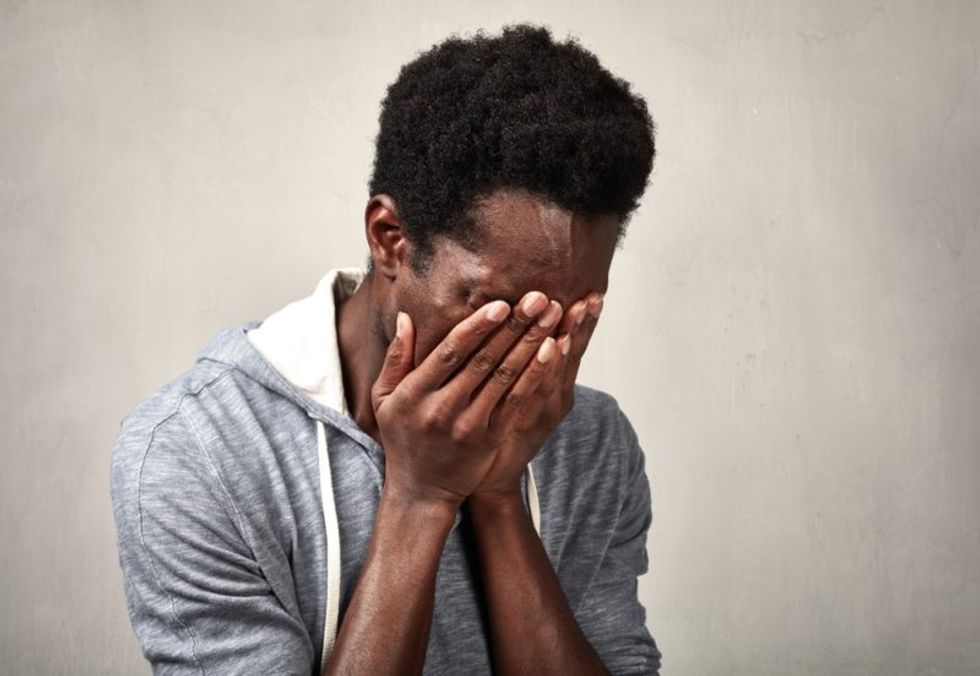 A black man puts his face in his hands. Image via Shutterstock.

A white teacher who "jokingly" simulated a noose to intimidate a black student earlier this year is on paid administrative leave and not expected to face charges following the incident.

The Mercury News reported that on April 30, a teacher in San Jose — whose name remains unreleased — told a black student to "stay away from me," and used an exercise rope to make a noose and put it around his own neck.

The teacher reportedly intended it as a joke, and the Sacramento Bee noted that because there was no physical assault of the student and prosecutors were not adequately convinced that "the student felt threatened" by the teacher, it's been ruled a "hate incident" and not a hate crime. As such charges against the teacher aren't expected.

Despite reports noting that the student in question told the administration about the incident the day after it happened, the Santa Clara County District Attorney’s Office told the Mercury News that members of the Black Leadership Kitchen Cabinet of Silicon Valley alerted them to the incident after the student and his family contacted them mid-May.

The Cabinet and other groups are urging the district attorney to classify the teacher's actions a hate crime to that charges can be brought against him. He remains on paid administrative leave.