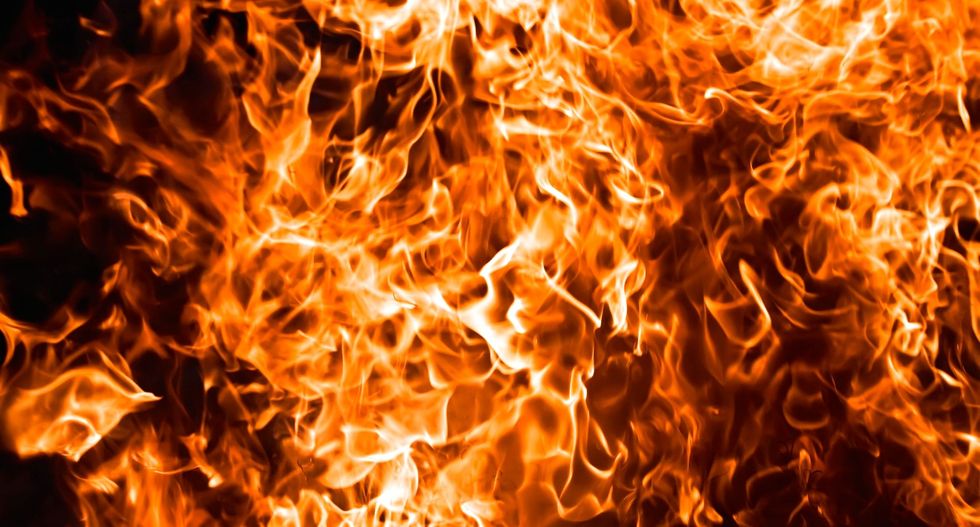 At least a dozen wildfires were raging on Friday in drought-stricken portions of Colorado where hundreds of residents have been evacuated as a wave of prime wildfire weather conditions move through the U.S. West.

The largest blaze, the so-called Spring Creek Fire, had scorched more than 14,000 acres (5,666 hectares) between the towns of Fort Garland and La Veta, in southern Colorado. The fire was not contained as of Thursday, said Larry Helmerick, spokesman for the Rocky Mountain Coordination Center.

Throughout Thursday, eight air tankers and five helicopters dropped fire retardant and water on the blaze, which burnt through tinder-dry vegetation and was stoked by swirling winds, Helmerick said by telephone.

“These are prime fire conditions,” he said.

An unknown number of structures were consumed by the fire, said Linda Smith, a spokeswoman for Costilla County where the fire is burning. Evacuation orders were sent out to about 350 homes in the area and no injuries have been reported, she added.

Winds gusts of 35 miles (55 km) an hour, along with humidity in the single digits and temperatures reaching 100 degrees Fahrenheit (38 Celsius) are expected on Friday and could fuel existing wildfires and help ignite new blazes in the U.S. West, the National Weather Service said in several warnings.

About 270 miles (434 miles) to the north, another blaze, dubbed the Golf Course Fire, has forced the evacuations of subdivisions near the town of Grand Lake, the Grand County Sheriff’s Office said on Twitter.

There is another fire burning on Weston Pass in the Pike National Forest, according to the Rocky Mountain Coordination Center.

A 300-acre (120 hectares), lightning sparked blaze, the Sugarloaf Fire, was burning in a remote area of the Roosevelt and Arapaho National Forest, according to InciWeb, a federal government wildfire web site.

The U.S. Forest Service said crews were monitoring the fire, but with several fires burning in the region, “resources are being prioritized where life and property are at ask,” the agency said.

All but the northeastern corner of Colorado is experiencing moderate to exceptional drought conditions, according to the U.S. Drought Monitor, an agency of the U.S. Department of Agriculture.

The entire state is in the midst of a heat wave, with Denver tying the record on Thursday for the highest temperature ever recorded in the city when the mercury hit 105 degrees, said Larry Koopmeiners, a meteorologist with the National Weather Service in Boulder, Colorado.